Your Guide to What Car Parts Can Be Recycled

By Katherine Moura on November 27th, 2013 in Consumers 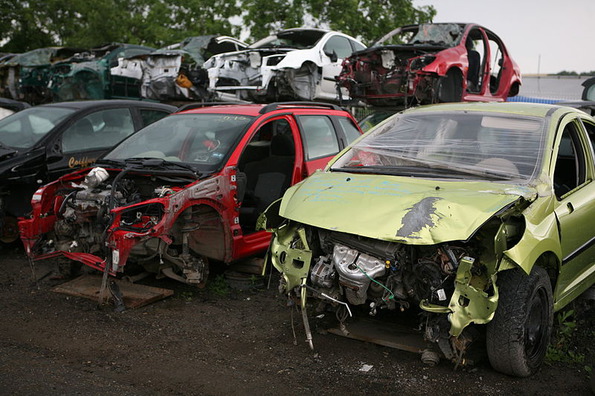 The motor industry has come an extremely long way in the last century. Powered by the boom of the industrial era, fed by the emergence of motor sport and driven by ingenuity of science and technology, cars are as much a part of our day-to-day lives as the food we eat.

But, like many things in life, cars are not exempt from the impending doom of time. Especially with older cars, maintenance and repairs can become common place as the years turn into decades and eventually, enough is enough.

Whether you’re car is on its last legs, you’ve been unfortunate enough to have a ‘little bump’, the end for your car isn’t necessarily atop a pile of scrap cars in a rundown scrapyard.

Your car is a valuable conglomeration of car parts, electrical components and recyclable materials that can be used again and again. In the right hands, a car can be dismantled with each part being put to good use. Whether it’s to replace, re-use or recycle, the afterlife of a car is just as important as its role on the roads.

Motor oil is valuable asset and when many cars are eventually scrapped, there is often still oil being pumped throughout the system. Technicians will look to drain this oil out in a safe, effective and efficient way before any dismantling takes place. Similarly, the oil filter is a recyclable and valuable part once completely drained.

Tires can be reused on other vehicles, depending on their condition, or made into brand new tires making them a cherished resource to any scrap dealer. Not only that, but tires can be also reused as fuel, artificial turf and a variety of other products.

Batteries and electrical equipment can be extremely toxic to the environment if needlessly thrown in landfill sites. It’s important that car batteries are properly removed. Many car batteries are often in a good and reusable condition making them one of the most valuable car parts to a scrap dealer.

Your scrap car will have been weighed and priced depending on its condition and usability. Metal is one of the easiest materials to recycle and once vehicles have been stripped appropriately, the real ‘dismantling’ can begin. This is where cars are often crushed into unrecognizable metal blocks, whilst other parts such as doors, radiators and steel wheels may be removed to be sold on.

Glass is widely used in the production of many products including floor tiles, jewelry, counters and worktops and various glass products. This is the reason why there is a real emphasis on stopping the amount of broken windscreens, windshields etc from being thrown into landfill sites.

Different engine parts can prove valuable to different scrap dealers. Whilst some parts will have been specially made for specific models, other parts like radiators, spark plugs and catalytic converters are extremely valuable in a manufacturing sense, making such working parts influential when it comes to receiving a price for your scrap car.

This post was written by Phil Warrington in conjunction with Damaged Car Buyers; established UK scrap dealers who offer competitive prices on your damaged cars and vans.