Why is Car Insurance Mandatory? 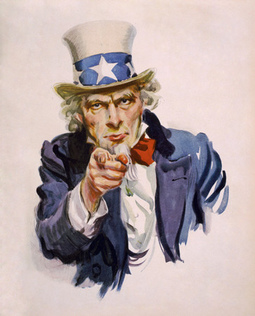 Ever ask yourself "Why is car insurance mandatory?" -- especially when health insurance is the biggest political football in Washington? The short answer is “it’s complicated.” Contrary to what's popularly assumed, there is no federal mandate dictating that all drivers must buy insurance. Instead, the laws for car insurance are set at the state level, and many different states have very different laws.

The debate about compulsory car insurance in America goes back more than 100 years, since the advent of the first automobile. It was apparent very early on that cars would crash and that these crashes would create damages and that the person at fault would often be unable to pay for them. Around 1925 Massachusetts and Connecticut became the first two states to write compulsory car insurance laws, in effect creating a pooled solution to help cover the costs of at-fault drivers so they wouldn’t default on their payouts. Since then, nearly every state in the union has enacted mandatory car insurance liability laws.

New Hampshire is the only state that doesn’t mandate car insurance for all drivers. Instead, drivers just need to prove they are able to pay for damages in the case of an at-fault accident. Drivers in New Hampshire who opt out of the insurance system have to post a bond or cash equal to the amount of damage caused in the crash.

It has often been wondered why America mandates car insurance but not health insurance. And without wading too far into the political waters, it is important to first differentiate between collision and liability insurance. Collision insurance protects the car from fire, theft, vandals, etc -- and is not mandatory if/when the car is paid off. In effect, collision insurance is protection for you, the car owner -- and it’s not compulsory.

Liability insurance, on the other hand, is almost always mandatory because it helps protect other people and their property. The thinking is that other people -- and concomitantly the economy as a whole -- would suffer as a result of at-fault drivers not being able compensate others for losses incurred.

And, again, without getting too deep into the debate surrounding American health care coverage, the thinking is that health insurance is for one’s self and one’s family, i.e. not for other people you may harm accidentally. It’s therefore analogous to collision insurance, which is not in fact mandated by the federal government.

Well there you have it: a factual, if not wholly-satisfying, breakdown of why car insurance is almost always mandatory. There are indeed some instances where you don’t strictly need to have car insurance -- but it does seem that it’s safest for you and everyone else if you do choose to invest in it.