What Time of Day do Most Accidents Occur? 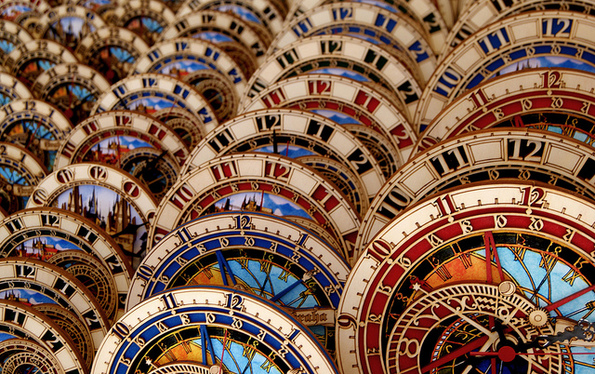 Car accidents are an unfortunate fact of life. How often have we all heard “I have a better chance of getting hit on the highway than [insert extraordinarily risky behavior here]”? When in fact, the spokesperson for the Insurance Institute for Highway Safety, explains that driving a car is the riskiest thing a person does on a day to day basis.

Accordingly there is clearly no way to simply wipe out the existence of car accidents. We can only take precautions against them -- drive more carefully, wear seat belts, turn off our flood lights in the face of oncoming traffic, etc. Another thing we can do is cultivate awareness of what time during the day most accidents occur, and plan our schedules carefully.

The data -- published by the National Highway Traffic Safety Administration -- surrounding the time of day when most fatal accidents occur is very instructive. It also explains, in part, why commuters have higher insurance rates.

It is likely no surprise that the 6-hour block during the day in which most accidents occurred in 2010 (the last year data was available) was 3-9pm, with the highest percentage of them occurring between 6-9pm -- evening rush hour. Commuters rush home daily to eat, spend time with their families, watch television and/or get to work on a second job.

It is only somewhat surprising, then, that although the evening rush hour plays host to the most fatal crashes (5,178 in 2010 alone), the percentage of alcohol-related accidents during this block is (relatively) low. Thirty-three percent of fatal accidents during the evening rush are caused by alcohol-related incidents, which the NHTSA defines as “at least one driver or motorcycle rider had a BAC of .08 or higher.”

In the final analysis, it’s safest to get on the road during the work day. If you must venture out during the evening, maintain an awareness of the road ragers driving home from the office all around you. And of course, most importantly, if you’re going to drink -- let someone else drive.