By Alysha Beers on October 29th, 2012 in Consumers 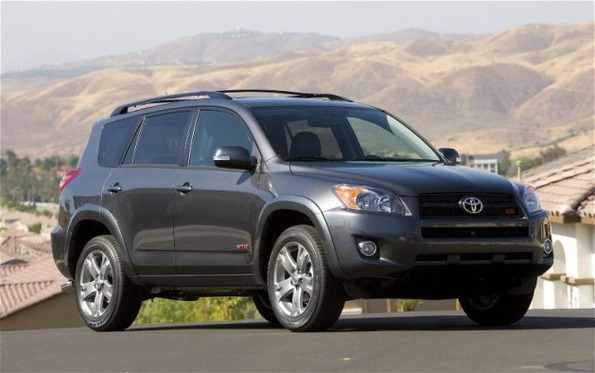 We’ve talked about the Camry before, in one of my Car Cravings and Insurance Realities, but what about another one of the automaker’s more popular cars?

Let’s look at the Toyota RAV4, which ranks 5th out of 21 for the most Affordable Compact SUVs, according to U.S. It is the smallest in Toyota’s large family of SUVs. This is a unique crossover; it has the handling of a car and the benefits of more fuel-efficient engines, relative to other SUVs. Driver demographics skew toward young families and urban singles. Edmunds says the RAV4 possesses “favorable on-road manners, good ergonomics, and a high level of quality." Overall, consumers and retailers agree that this SUV is spacious, comfy, and easy to drive.

But what about insurance costs? Remember, the main factors carriers look at to determine insurance rates are as follows: safety rating, cost of replacing parts, damage susceptibility, and likelihood of theft.

Safety Rating. The 2012 RAV4 received an 8.1 by J.D. Power and Associates, which is a very good score. Unfortunately, in early August of this year Toyota had to recall around 760,000 RAV4s, models from 2006-2011. The recall was due to a suspension problem, which tend to raise eyebrows.

Cost of Replacing Parts. The availability of RAV4 parts seems to range between low and normal. Toyota is obviously a Japanese make but the company culture and its parts have become well ingrained on the American map.

Damage Susceptibility. In models from 2006-2011 there were a number of reports about the front inner fender liners being susceptible to rust. The 2012 model hasn’t had many complaints. Let’s hope the 2013 model will be even better. Net positive here.

Likelihood of Theft: Toyotas are cool but they aren't Lexuses. And while they may be pragmatic for young urban adults, they aren't the apple of the eye of thieves.

Overall, the RAV4 seems to place decently well in all four of these main aspects. Which suggests that insurance rates shouldn’t be high. Of course a huge variable factor is driver history. As long as your record is clean, the RAV4 should be a comfortable SUV to have, both driving-wise and insurance cost-wise.