By Bernardo Farah on December 15th, 2016 in Technology 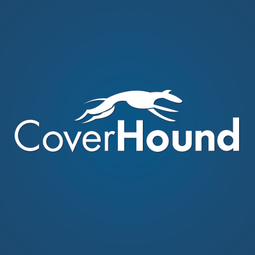 Bernardo
I’ve been following Ruby-related conferences for a few years now and have enjoyed the content that has come out of them. I was excited to take advantage of my CoverHound education benefit to attend a conference for the first time - this year’s RubyConf 2016.

Initially I was somewhat surprised that my company was willing to spend money on sending me there. Conferences are technically work-related, I thought, but how much is it really helping? I could easily get these talks online after some waiting.

David
Since joining CoverHound, I’ve had the opportunity to attend GoGaRuCo, RailsConf, and now RubyConf. Of the conferences I’ve been to, RubyConf 2016 was the most enjoyable and insightful. In many ways, I felt that RailsConf was too big (more commercialized), GoGaRuCo too small (single-track), and RubyConf was just right (more developer-focused).

Bernardo
What quickly became apparent to me is that we weren’t paying for the talks. The talks were great - and we definitely learned a lot. But far more valuable was the networking and conversation outside of them. As it happens, conferences tend to attract people that may be facing very similar challenges. Because of this, I was able to have conversations that gave me perspective on challenges I was facing:

− Has my approach been tried before?
− What were the issues?
− What are alternatives?
− Could this problem be circumvented entirely?

David
There were lots of great talks like Justin Searls’s presentation on Suture, Haseeb Qureshi’s dive into how strings work in MRI, and Nickolas Means’s story about how properly addressing mistakes fosters a healthy team culture. The talks were insightful, but it’s also easy to watch the recordings to glean the same information if you’re unable to attend.

Bernardo
Starting conversations with strangers was not a muscle I was used to exercising, so it took time – and a few awkward conversations – to get started. David and I were eager to take full advantage of the network of talented programmers and jam-packed our days with conversation. Our days looked something like this:

Needless to say, it was exhausting - but easily worth it! I highly recommend attending a conference - and bringing a large group to share the burden of introducing yourself to strangers - and to attend more talks.

David
Those that know me know I’m not very adept at socializing with new people, but this was the first time at a conference where I “tried” to talk to strangers. I was even successful in getting us Gorbypuff stickers and a picture with Aaron Patterson! At RubyConf, they did a great job of encouraging us to meet and get to know other developers through #RubyFriends. The idea was that each day, attendees were supposed to take selfies with three people they didn't know and tweet the picture with the #RubyFriends hashtag. This provided us an easy icebreaker to meet new people!

As Bernardo mentioned, it was arguably more valuable for us to interact with the other attendees than to sit in on all of the talks. Conferences are not only great venues for meeting people that have similar interests, but also for meeting people who offer an outside perspective on engineering problems we face at CoverHound. We were able to discuss some of these issues that are not uncommon in the industry, as well as the approaches that worked or didn’t work for them.

David
I’d encourage all developers to attend conferences as they offer a wealth of knowledge through the talks and networking opportunities. It’s an experience that can benefit each individual developer, as well as the company.