Reckless Driving Violations -- What you need to know

By Matthew Weiss on August 20th, 2012 in Consumers 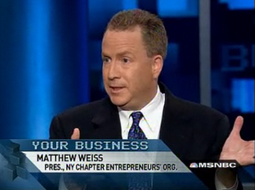 "Driving or using any motor vehicle, motorcycle or any other vehicle propelled by any power other than muscular power or any appliance or accessory thereof in a manner which unreasonably interferes with the free and proper use of the public highway, or unreasonably endangers users of the public highway. Reckless driving is prohibited. Every person violating this provision shall be guilty of a misdemeanor." (emphasis added)

The interpretation of "unreasonably interferes" and "unreasonably endangers" in the eyes of law enforcement can be quite broad. Police officers often issue such tickets for committing a simple traffic violation, and judges will find them sufficiently-issued despite the lack of some aggravating factor.

For instance, I've seen motorists who inadvertently go the wrong way up a one-way street get written up for reckless driving (despite being able to safely back up and correct themselves without an accident or near accident). While this conduct may not actually be "reckless," I often see reckless driving tickets issued for such a maneuver.

In such a case, the motorist should fight the reckless driving charge at trial or negotiate a plea bargain (pleading guilty is not a viable option in my opinion). However, the stakes are generally too high to risk taking such a case to trial.

So what are the stakes? The literal answer to the question of what is the cost of a reckless driving ticket is roughly between $100 to $300 for a first offense (with the maximum increasing substantially for additional offenses within 18 months). The fine, of course, does not include any surcharges or court fees.

Finally, a reckless driving conviction will almost certainly result in your auto insurance rates being increased. Even if you have an otherwise clean record, one conviction to this charge can negatively affect your insurance.

Our firm has fought 100s of reckless driving tickets in New York and has favorably resolved the vast majority of them. Therefore, it is highly recommended that you consult with (if not hire) a traffic lawyer if you are charged with reckless driving.

Matthew Weiss, Esq. has defended over 50,000 motorists and motorcyclists from all types of vehicle and traffic law matters throughout New York State. His blog Confessions of A Traffic Lawyer is read by roughly 20,000 people per month. You can contact him at 212-683-7373.