By Josh Anish on November 2nd, 2012 in CoverHound 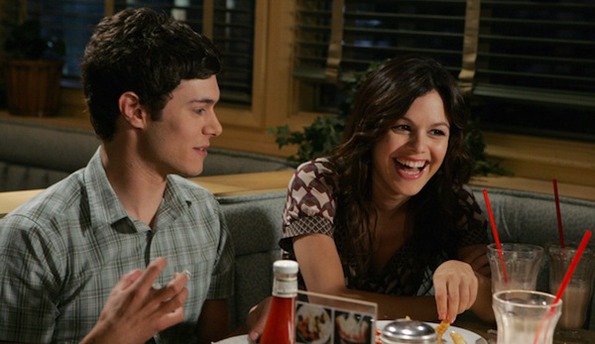 Last we week laid out the challenges intruders caused for one Kirsten Dunst; today we shine the stolen spotlight on another Hollywood starlet, Rachel Bilson.

The Venice Beach home of the former O.C. star was burglarized several times in the Spring of 2009. The perpetrators were the infamous Bling Ring, a brazen cadre of Southern California teenagers that hit up more than 50 homes between 2008 and 2009, many of which belonged to celebrities.

Though Paris Hilton and Lindsay Lohan were burglarized more often, Rachel Bilson still suffered incursions and property losses at the hands of the Bling Ring on four separate occasions.

According to the Wikipedia, Bilson was dispossessed of between $130,000 and $300,000 worth of belongings, much of which was comprised of her signature fashion-forward clothing and jewelry.

All thieves of great art tend to struggle when monetizing their new booty. If the bandits who purloined Edvard Munch’s scream tried to pawn that thing on eBay every high school kid in America (and Norway) with the image on his t-shirt would spot the crime immediately.

Same deal with the Bling Ring here; that’s why they sold Bilson’s stuff on the Venice Beach boardwalk for a tiny fraction of its worth.

Now the question for us, of course, is whether Ms. Bilson had renters insurance . Because if she did, for the around the same small monthly fee as Netflix, she could have protected all that great stuff. Literally, gotten a nice check from the carrier so she could go out and buy all that stuff again, or even different stuff.

Without renters insurance, she got nada.

So did Rachel Bilson have renters coverage? I have no idea. Only she and her carrier know the answer to that one.

One thing is for certain though: the Bling Ring is about to get even more notorious (or famous), with the release of a Sophia Coppola-directed movie about it coming out in the spring.