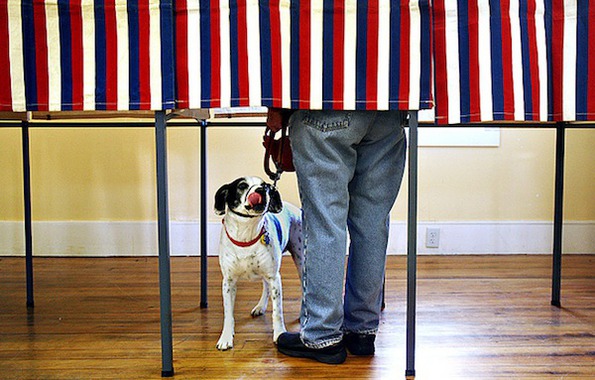 While most people’s attention this election season is understandably focused on the uber-close presidential race, California residents are being asked yet again to vote on a controversial insurance measure. This year, we will vote on Proposition 33, which would allow insurance companies in California to provide discounts to drivers who’ve had continual insurance for more than five years.

Everyone loves discounts -- so what’s so controversial about Prop 33?

Well, insurance companies are in the business of making money, so if one group gets a discount, you can bet another group of people are going to pay more. In this case, the higher fees will fall to people who’ve had a lapse in coverage of longer than 90 days in the past five years.

It’s worth noting that Prop 33 exempts active-duty military and grants an 18-month grace period for people who lose their jobs.

This is by no means the first time this issue has come on the ballot in California. Proposition 103, which narrowly passed in 1988, specifically forbade insurance companies from rating customers based on whether they had continuous coverage. Proposition 17 in 2010 had essentially the same goal as Prop 33 but was narrowly defeated.

Interestingly, insurance companies in California have found ways to skirt the restrictions enacted under Prop 103 by offering loyalty discounts, which lower your rate if you’ve been insured by the same company for a period of time. However, the proponents of Prop 33 would argue, this has the effect of locking you into your current carrier since switching to a new company would cause the loyalty discount to end and the clock to start over.

Prop 33 (and its defeated predecessor Prop 17) is backed by George Joseph, the founder of Mercury Insurance, a California-based insurer. USAA, the Texas-based insurance company for military families, has also come out in favor of the measure. Most other insurance companies have been silent on the issue thus far.

Insurance companies generally like Prop 33 because people who maintain continuous coverage are more profitable than those who don’t. That’s because they’re able to spread the administrative costs of writing a policy over a longer period. Someone who has had a lapse in coverage before is more likely to have a lapse again.

Consumer groups like California-based Consumer Watchdog are vehemently opposed to Prop 33. That’s not a big surprise given that Consumer Watchdog’s founder, Harvey Rosenfield, was the one who got Prop 103 on the ballot and passed in 1988. Remember, Prop 103 introduced (among many others) the pricing restriction that Prop 33 seeks to reverse.

Forty-eight states already allow this type of discount and the vast majority of Californians would potentially see their rates drop under Prop 33. The measure will make it easier to switch insurance companies, increase competition, and lower rates for more responsible Californians.

Prop 33 is nothing more than a zombie proposition put on the ballot by a billionaire insurance exec looking to add to his money pile by raising rates on good drivers and make insurance unaffordable for people who haven’t been able to maintain continuous coverage.

So what does this mean for you?

If you’ve had a lapse in coverage of more than 90 days in the past five years, you wouldn’t be eligible for the discount -- so you’re probably going to end up paying more.

We like Prop 33 because we like free markets and believe that insurance companies should be able to offer you as many discounts as possible while not discriminating against anyone based on race, religion, etc.

Based on CoverHound data, drivers in California who also own their home (a group that typically has continuous coverage) pay on average 14% more than their counterparts in the rest of the country. While there are many factors at play here, the pricing restrictions introduced by Prop 103 are almost certainly a major cause of this disparity. Rolling back one key provision of that measure by passing Prop 33 should help most Californians save money on insurance.