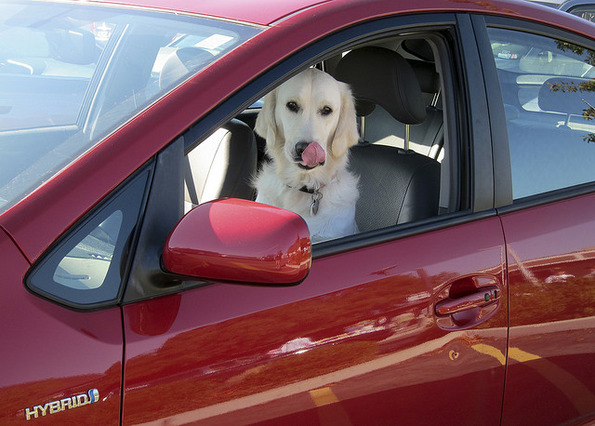 Owning a Prius is great. Sure your friends might tease you a bit, and yeah there's a hilarious YouTube video out there poking fun at the whole shtick, but that doesn’t touch the fact that the Toyota Prius is a perfectly fine car, which also happens to get truly wonderful gas mileage.

The Prius is understandably beloved by the Noe Valley and Park Slope crowds, but is it equally embraced by insurers? How costly is Prius insurance relative to that of other cars?

Here we remind you that there are 4 main factors insurers look at when insuring vehicles: damage susceptibility, safety ratings, the cost of replacing its parts and likelihood of theft.

The Prius gets solid safety ratings, bolstered by the fact that many of those driving it have children and therefore drive more safely -- and I'm no logician but... if you don’t get into many accidents, then your car isn’t terribly susceptible to damage.

Additionally, thieves are not particularly pre-disposed to pilfering the Toyota Prius. Though it would obviously save the new owner on gas, it lacks a certain street cred -- and most are protected by some sort of digital security system.

The major concern insurers have about the Prius is the cost of replacing its parts. Generally speaking, electric cars are not exactly the darling of the insurance world. We have an entire blog post about the issue here -- but the Cliff Notes version is that hybrid cars are essentially a very new phenomena/product and no one is totally sure how -- and how well -- they age.

While there are encyclopedias of data on “traditional” vehicles and what their engines look like three, six and eleven years after they’re made, little data exists on the lifespans of hybrids because none of them are eleven years old yet.

There’s also a concern that hybrid cars are something of an ephemeral technology. Meaning, that fully electric cars will soon dominate the marketplace -- and folks who like that perspective will drive them, while those who prefer traditional engines powered by gas will keep driving those vehicles. In short, there may be no more need for hybrids and their parts; scarcity would such parts more expensive, thereby making the vehicles that need them more expensive to insure.

There are many reasons to buy a Prius -- they’re safe, they get super gas mileage, they’re practical, they’re not even that ugly any more. But the cost of insuring one is not necessarily a factor working in its favor, as it’s more expensive to cover than most “traditional” cars in its class.