Is Pirate Insurance A Real Thing?

By Alysha Beers on October 2nd, 2012 in Consumers 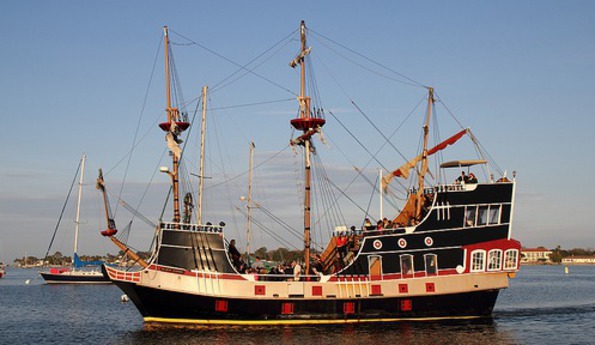 Hollywood loves pirates, sure. But they're just a thing of the past, right? There aren't any real pirates out there anymore, are there? Actually, there are plenty. And instead of plundering for treasure or battling Davy Jones on the high seas, they're looking for ransom money. Can you protect yourself against these thugs?

Is pirate insurance a real thing?

Pirate insurance is indeed a real type of insurance. Over the last decade the pirate problem has grown increasingly nettlesome and threatening, especially near Somalia and in the Gulf of Aden. This growth in piracy has led to specialized insurance, which has turned out to be a $250 billion a year business. There are even specialized insurance companies, though just a handful, that deal specifically with pirates and/or kidnappers. This is because most insurance companies are prohibited by law from offering such policies.

So how does pirate insurance work? Specialized insurance companies, most commonly known as K&R (kidnap & ransom), don't actually pay for the ransom. The oil or shipping company whose vessel and crew are under siege initially pay the ransom and then file it with their insurer. Essentially these insurance companies just reimburse the shipping company. Unfortunately, ransoms have become higher and higher, and so have the insurance premiums. Shipping companies had to deal with other costs such as extra fuel for high speed, danger pay for their crew, which, along with insurance, came out to be around $7 billion a year. The average cost for coverage for a single trip across the the Gulf of Aden is around $20,000.

These companies began looking for a better and cheaper way to protect their vessels. Surprisingly companies found that filling ships with armed guards is cheaper than paying the ever increasing insurance premiums. Armed ships increased from 10% in 2010 to 70% now. It used to be thought that armed guards were counterproductive; that they would just spur the pirates on. However, it's been found that pirates respect the lethal force and actively avoid ships known to be carrying armed guards.

Thankfully there has been a recent decline in pirate attacks. This has led to a similar decline in insurance rates. It's unknown whether this decline is due to the increased security aboard ships or some other aspect. Either way, this bodes well for shipping companies, but not so well for those insurers that have been raking in the premium money for the past few years.