The Most Expensive Driver in America to Insure 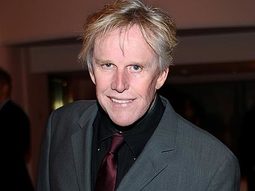 In an earlier post, we deduced that Natalie Portman is the cheapest driver in America to insure. Our reasoning was crystalline; our methods downright scientific. In the same spirit, we decided to find the man (and it is a man) with the highest monthly car insurance premiums in the United States.

Note: despite the soundness of our methodology, the breakdown remains mostly speculative. Any conclusions, especially in the eyes of the subject eventually involved, should be taken lightly.

Nevertheless, here is the profile:

Age: 20. Or 70. Insurance companies aren’t emotional; they're just data-crunching rationalists. And the fact of the matter is that college-aged drivers and seniors get in more car accidents than the rest of us. That’s not discrimination; it’s just true.

Gender: Male. Table all the stereotypes about aggression and road rage, and just try to again focus on the facts. On average, men drive more often, get in more accidents, make more insurance claims and request more in damages per claim than women do.

Driving Record: Bad. Crazy. All over the place. Lots of crashes. Accidents caused by speeding. Or even speeding and crashing while drinking. DUIs are a one-way, golden ticket to high car insurance premiums.

Vehicle: The 2011 Nissan GT-R. The person we’re looking for has the means to spend $85,000 on a car he presumably likes because it’s fast. He’s also somewhat exclusive looking for something imported from Japan for the first time.

Occupation: Professional entertainer, athlete, financier and/or journalist. Understandably, the riskier the line of work, the more risk your insurer is going to take on when backing you. These professions all involve fast living and/or fast driving and those two behaviors are huge signals for accident-prone driving.

No one is perfect. And you’re likely to find some of your own qualities listed here in the profile (especially since half the world’s population is male). And different factors are weighted differently by different providers -- so you should feel free to shop around for the best rate.

But one man is especially far from perfect in the eyes of car insurers. And that man is one Gary Busey. He’s old enough to get Social Security checks (if he has an address). His driving record is checkered at best, including a motorcycle accident when he wasn't wearing a helmet. Dr. Drew even thinks it gave him brain damage. Anyone who’s ever seen Point Break, can attest to the fact that Mr. Busey is a professional entertainer. He’s also a college dropout. And if you could somehow base such judgements on hair alone, one can only assume his credit is a mess.