The Woman with the Lowest Car Insurance Premiums in America

By Josh Anish on October 5th, 2011 in CoverHound 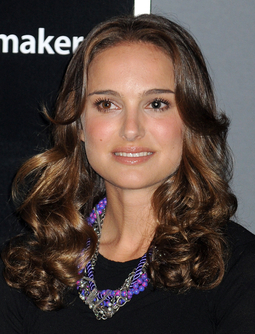 By now we all know that some people pay less for car insurance than others do. Kind of like plane tickets -- you can pretty much assume everyone on board has paid a different price. So while there are many factors that insurers look at to arrive at a rate, we thought we’d set out to find the American who pays the least in car insurance, or least create the ideal of her (and it is a her).

Age: 30. Car insurance carriers are weary of college students, their road trips and everything else that happens on and off campus. They also prefer parents of young children, who, for good reason, tend to drive more safely. The CDC says average age for Americans having their first child is 25.2, so if we add a little padding for teenage pregnancies which bring the average age down (and don't lower car insurance prices) and add another year or two for having a second child... 30 sounds about right.

Gender: Female. Women get cheaper car insurance than men because they generally drive less and make less expensive claims. They tend to be involved in minor accidents. Men on the other hand have more serious accidents and as a result cost their insurance companies a lot more money.

Driving record: Clean. It’s a simple fact, those with the cleanest driving records pay the least for car insurance. This includes speeding tickets, DUIs and other moving violations.

Occupation: Teacher. Educators generally don’t drive very much, often working at their local schools where cars spend most of their time in parking lots. Plus teachers are more than likely decent people with clean driving records. Insurers also like actors who tend to live near big cities and use public transportation more than most.

So who’s the person who pays the least car insurance in America? While we obviously don’t know for sure, it could be... Natalie Portman. She’s (obviously) female, 30, a mom and an actress. After starring in the recent Star Wars Trilogy her credit is probably in good shape, though she may drive something more exotic than a Chrysler.