Does Oprah Pay A Lot for Car Insurance?

By Josh Anish on November 12th, 2012 in CoverHound 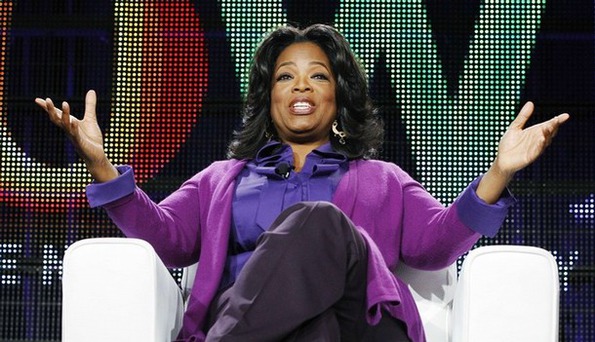 Some Buddhists believe that existence is but a fluid body of water, bending toward justice and understading. Most Americans understand that all rivers flow back to Oprah.

Last week our great nation voted to put Ms. Winfrey's Chicago confidante back in the Oval Office, so with all this historical contextualizing going around we felt it best to put Oprah atop our shining city upon a hill, alongside the metaphysical elements of Tim Tebow and Jesus Christ.

So does Oprah pay a lot for car insurance or what?

Age: At 58, America’s favorite good listener has aged gracefully -- her mind still as fit as a personal trainer. Carriers agree: CoverHound data shows that women pay the least for insurance between the ages of 55 and 65. Golden years of defensive driving indeed. Conclusion: O!

Gender: According to the Forbes magazine at my orthopedist, Oprah is the 3rd-wealthiest self-made woman in America. But even more important than her vast wealth, at least in the eyes of insurance carriers, is the mere facticity of her femaleness. Oprah pays the same as any indigent gamine on this front. This is because women get into fewer accidents and make smaller claims on their insurance than dudes do, paying around $12,000 less per lifetime. Conclusion: O!

Marital Status: I stopped keeping up with the whole Stedman thing years ago -- though I did once see him read aloud at Barnes and Noble near my parents in Boca, and I have to admit he is good looking -- so I’m not really sure whether they’re together any more. But one thing is for certain, Oprah’s not married else I would have noticed at the checkout counter of the grocery store. This a great shame not only for our country but also of a personal nature because she’d save an average of 29% for tying the knot. Conclusion: No!

Education: After growing up on a farm in Kosciusko, Mississippi, Oprah attended Tennessee State University, earning a bachelors degree in Speech and Performing Arts, before of course going on to become one of the most recognizable people in the world. But while that story of personal dynamism may inspire folks for the next century, car insurance carriers are non-plussed. They don’t care where you came from or how much homework you did, just the number of degrees on the wall. Oprah has a bachelors which means she pays 3.7% less than someone who never went to college. Conclusion: small o!

Occupation: There’s no entry on our form for “Role Model for Tens of Millions of People" or "Cheeky Book Critic." Oprah would likely have to settle for the slightly more modest “Announcer/Broadcaster,” which also means higher car insurance costs compared to a 9-to-6er. The thinking is that carriers like folks who commute at traditional hours; entertainers tend to work nights and party like rock stars; more accidents happen at night; you get the picture. Conclusion: small no!

Driving Record: A Google search for “Oprah Car Accident” might lead someone to believe she died in a fatal crash in 2010. Who said SEO was immoral? In the world of really existing times, it appears Oprah has neither been involved in an auto accident nor gotten arrested for any type of small malfeasance, which is good because, as we now know speeding tickets and DUIs are extremely detrimental to your car insurance costs. Conclusion: O!

Credit Score: With a net worth of $2.7 billion and an army of sycophant staff members following her around, I would be dumbfounded if Ms. Winfrey’s bills weren’t paid on time. And though her television network might have jumped the shark last year, the chance of her ever approaching bankruptcy is just adjacent to zero. Conclusion: O!

Vehicles: You knew we couldn’t go an entire Oprah piece without mentioning Gayle. Apparently, the two meta-friends went for a road trip years back and Oprah hasn’t gotten behind the wheel since! Thelma and Louise move right over. She now has drivers, porting in her various vehicles including a Lexus SUV owned by the star, which is in the top 20th percentile of most expensive vehicles to insure, according to our platform. Conclusion: No!

Oprah has five positive rankings factors in her corner, with three sparring against her across the ring. Maybe she cares enough to come back on the air and host an hour-long special on car insurance. If asked to serve, I’ll rouse the crowd into a frenzy without jumping on the couch.