Are US Olympic Athletes Insured? 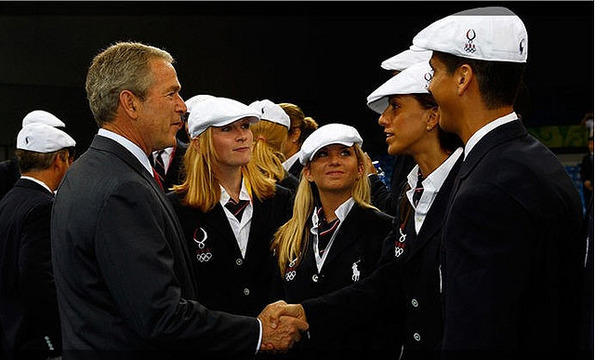 The short answer is: most are, though it’s somewhat complicated.

Very much unlike the current Chinese apparatus or that of the Soviets back in the early 1980s, the US Olympic system of training is driven by the private sphere. Whereas athletes in those places and times fed into a state-sponsored system of training, American athletes generally hone their crafts within private ventures like the Nick Bollettieri Tennis academy or Five-Star Basketball Camp.

This system has produced more than its share of talented, individualistic athletes -- some of whom have even gone on to hear the National Anthem play while standing on the gold medal platform.

But of course the majority of Olympians don’t get anywhere near the medal stand, and many struggle financially from all them time spent training. A recent story from CNN Money revealed a USA Track and Field Foundation study that showed only half of American track and field athletes in nation’s top 10 in each event earn more than $15,000 per year from the sport.

This where the United States Olympic Committee (USOC) steps in and tries to help athletes. Nevertheless, the USOC’s is limited financially; an operating budget of $170 million doesn’t go terribly far when you’re talking about training thousands of the best athletes in the world.

In 2005, the USOC negotiated a deal with Highmark, a health insurance carrier in Pittsburgh. Highmark covers the insurance for the entire office staff -- and for olympians in the summer, winter and Paralympic games.

What isn’t clear is whether these same athletes are covered in between Games; four years is a long and expensive time to pay for health insurance.

What also isn’t clear is whether every single olympian is covered. Highmark only says “provides health insurance to approximately 1,000 elite athletes each year.” The word “all” is notably absent from that sentence -- so while you can certain LeBron James doesn’t have to worry about paying for treatment at a London hospital from a sprained ankle, the alternate on the Steeplechase team might not be as fortunate.

So next week, as you’re watching the best athletes from America and the rest of the world in the Summer Olympics, keep in mind that while they may be capable of superhuman feats, many of them struggle to find health insurance just like the rest of us.