What the Obamacare Decision Means for Car Insurance 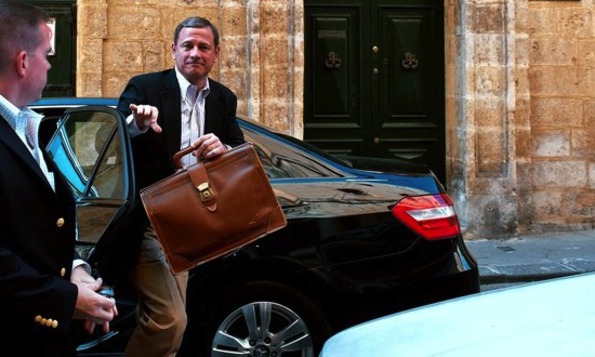 While supporters of President Obama and his health care bill cheered after last week’s Supreme Court’s decision in National Federation of Independent Business v. Sebelius to uphold the major provisions of Obamacare, some conservatives woke up the next morning and took solace in Justice Roberts’ stance on the Commerce Clause.

Roberts concluded that Obamacare couldn’t survive under the Constitution’s Commerce Clause, but could, however, be regulated as a tax. But while this new “tax” will certainly be given lots of attention by those on both sides of the political aisle, his distinction about the Commerce Clause is quite interesting for many markets, including car insurance.

Generally speaking, the Commerce Clause gives the federal government the power to regulate interstate commerce. A good example is The War on Drugs, which is dependent on the DEA’s ability to monitor traffickers as they cross state lines; the government has broad powers to surveil and arrest drug dealers -- pretty much agnostic of which state serves as their base of operations.

But the Chief Justice went to great lengths to establish that the Commerce Clause could not monitor “inaction.” In other words, it couldn’t punish someone for not doing something. Dealing drugs is clearly an “action,” and therefore covered under the Clause, but neglecting to purchase health insurance is merely an inaction, and therefore not covered, according to Roberts’ decision.

This template of understanding can be shifted to the car insurance market. Contrary to popular belief, car insurance is not mandated by the federal government. And now, based on the precedent set in the Obamacare decision, it can’t be. The Justice Department can of course look at cases like insurance fraud that cross state lines, but Washington cannot force someone into the car insurance market -- just as it can’t force Americans to buy broccoli even though we all agree that it’s good for us.

So car insurance will remain a state-by-state affair for the foreseeable future. States will continue to set their own limits, regulations and taxes.