Obama vs. Romney -- Who Pays Less for Car Insurance? 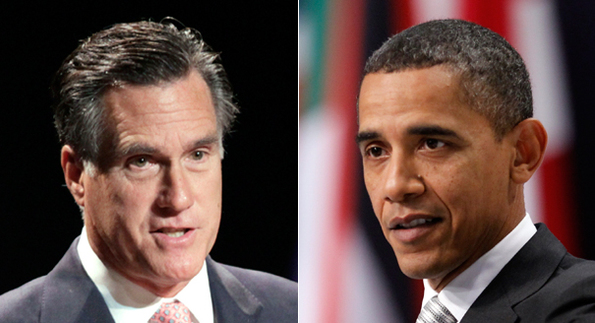 While we can’t begin to predict how the general electorate will swing in November, we can tell you who pays more for car insurance!

Age. President Obama is 50. Governor Romney is 65. Insurers generally charge more for younger drivers (college-age and earlier) and older drivers. If the election were held today, this would be a push because “older” is usually defined as 65 or above. Nevertheless, the former Governor of Massachusetts turned 65 in March, only a few months before the general election -- so Romney will have the age surcharge hanging over his head when he enters the booth to vote for himself. Advantage: Obama.

Education. As you’d expect from two people jousting to become the leader of the free world, both candidates are extremely educated. President Obama has Ivy League pedigree -- a Bachelors from Columbia, and a JD from Harvard, where he was the first African-American editor of the prestigious law review. Mitt Romney has three degrees: a BA, an MBA and a JD (BYU, Harvard, Harvard for those interested). The major threshold in terms of saving is pretty much always a bachelors degree; a masters should yield a tiny discount too. More degrees isn’t always a great thing (just ask your buddy with $350K of school debt) but we can also assume that an extra degree means a tiny bit more savings on car insurance as well. Advantage: Romney.

Gender. Michelle Bachmann would've had an advantage here because women generally pay less for car insurance than do men (fewer and smaller claims), but she’s out of the race after an anemic showing in Iowa. For the same reason, Hilary Clinton would have done nicely against Romney -- but she’s too busy trying to figure out what to do with Iran as Secretary of State. Hilary versus Sarah Palin, well, that would be wonderful. Advantage: Everyone wins.

Driving History. Michelle Obama’s campaign bus struck and injured a motorcyclist in 2007, but since she wasn’t driving at the time the incident didn't affect the family’s premium. Some might say that President Obama is too cosmopolitan to even drive, instead opting for Dickensian walks along the European sidewalks that he seems to admire so much. Those across the aisle might point out that Romney was involved in a rather notorious accident that proved lethal to a passenger while driving in France in the late 1960s. And though he was not at-fault and international incidents don’t usually count on your record, it could raise some flags. Small advantage: Obama.

Occupation. Insurers are weary of people who spend a lot of time in the office and commute at weird hours because they are more likely to get into accidents. For this reason, finance folks usually pay a lot for insurance -- and say what you want about Mitt Romney, but he is largely responsible for the growth of Bain and Company, i.e. a finance guy. But fortunately for Romney, one of the few occupations more demanding than managing $3 dollars in capital is... President of the United States. In this regard the President may long for his days as a teacher because they pay less relative to the rest of the population. Advantage: Romney.

Vehicles. Romney’s favorite vehicle these days is apparently his 2005 Ford Mustang Convertible. Considering the depth and scope of his assets, he likely has other cars in his garage -- but we’ll judge him only on his most preferred. Obama rocks the Presidential state car, which is really just a souped up 2009 Cadillac limousine with flags and bullet-proof glass. As we at CoverHound always say, the three most important metrics when it comes to the price of insuring a certain car are: safety ratings, damage susceptibility and likelihood of theft. Limo One is probably safer because of the security installations, but it's also more susceptible to damage for those same reasons. Regardless, thieves will be much more attracted to Mitt Romney’s wheels, as they can drive around with their hair blowing in the wind and will certainly attract less attention than when attempting to steal the President’s ride. Small advantage: Obama .

Credit. Romney has hundreds of millions of dollars, and played a significant role in the creation of greater wealth through private equity in this country. The national debt has increased by $4.5 trillion dollars since Obama took office. Advantage: Romney.