The 3 Americas of Car Insurance

By Josh Anish on November 3rd, 2011 in Consumers 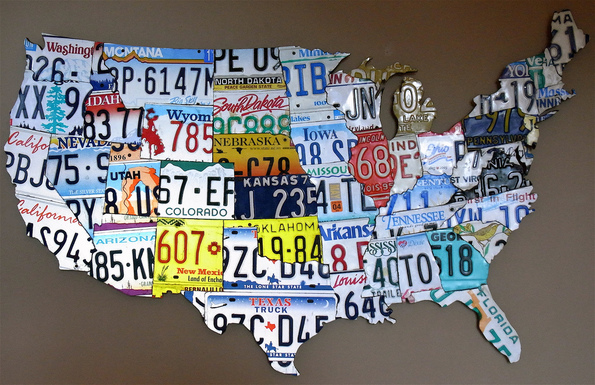 Before he was mired in scandal, John Edwards rose to fame claiming there were “two Americas” -- basically those who lived the good life, and those who could not. And while we won’t wade into the politics of that claim, we can say with confidence that when it comes to car insurance there are actually three Americas: Non-standard, Standard and Preferred clients.

Generally speaking, non-standard policies are sold to low income folks who get in accidents, have bad credit and have spotty insurance histories.

Standard car insurance policies are sold to Americans generally in the middle-income bracket, who traditionally rent their homes, have only one car and have a decent history of continuous car insurance.

Preferred policies are historically extended to those in high income brackets who own their homes and have at least a college degree.

We decided to go undercover, and get rates for each of the three personas to really see what the other half (or, in this case, two thirds) pays for car insurance. All other factors were controlled, as we applied for insurance with each profile through a major national provider. Each persona drives a 2011 Mini Cooper, lives in San Francisco and is married.

Note: For this report it’s vital that the personas live in California, the only state does not check credit during the policy-quoting process. Otherwise, credit score would be another major factor in determining the rate. In California, and for this test, it is a controlled variable.

The first persona was named Jarpoo Barmes. He leases his 2011 Mini Cooper. He’s a high school graduate and customer service assistant, with one DUI in the last decade. His wife Shelley was at-fault in an accident two years back. Also a high school grad, Shelley is a manufacturing rep for a sales agency. They do not have health insurance and didn’t have car insurance until last year.

Now let’s meet Larry Kauns. He owns his 2011 Mini Cooper, though he’s still making payments on it. He rents his apartment and is a college graduate who works as an electrician. He has one minor moving violation on his record. He is married to a woman Denise who has college education, but did not finish her degree. She works as a caterer. They get health insurance through Denise’s work and have had continuous car insurance for the last five years.

Now meet Musa Corn-Grab. He’s paid off his 2011 Mini Cooper, and owns a home. He has a masters in business administration which helped him get a job as business executive. He and his wife, Michelle Corn-Grab have health insurance and continuous auto coverage. Michelle also has a masters and now works as a professor.

So the industry clearly rewards what they perceive to be good behavior. But it's healthy to remember that the prices are all rooted in data. The carrier is taking on risk whenever it insures a driver; some drivers act in a more risky fashion than do others.