By Josh Anish on September 12th, 2012 in Consumers 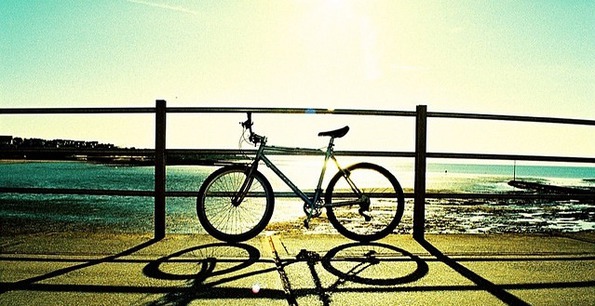 San Francisco has many virtues in relation to New York; so very many that I needn’t create a formalized list. Anyone who has ever visited SF is likely nodding in agreement, thinking back to a blissful kickball game at Baker Beach. But one major shortcoming is the breadth and scope of the subway system. In other words: the five boroughs have a whole lot more subway stops.

I felt this acutely when I started working at CoverHound. The old office in SOMA was a mere 3.9 miles from my apartment, which is also in the city. Nevertheless, it took me 55 minutes to commute door-to-door using the MUNI: an 8-minute walk to the train, average wait for the J of 5 minutes... you get the idea. I probably could have commuted faster by foot, if it weren't for those pesky enormous hills on the way home.

Enter the bicycle. I went on craigslist and met a nice lady who had a bike that was way, way too big for her (another story) -- we did a transaction, and then boom I had a bike. I then went to one of the many hip biking stores on Valencia and got a helmet, lock and other accoutrement that cost almost as much as the bike itself.

Anyway I loved being a biker. Sure, I was sweaty when I got to the office and sure I almost died a few times on the road. But still it was exhilarating and I loved the way the wind made me to feel.

I kept my bike in the garage within the 4-unit building I share with other folks. Every Sunday I told myself that I needed to get the lock/storage situation figured out. I was leaving my bike untethered, just sitting there, and one of these days someone is going to steal it -- even from my garage.

And sure enough, that’s exactly what happened. One day I went to hop on my bike, and it was gone. Vanished without a clue. I don’t want to point fingers, but you know who you are, bike thief!!

Of course, as you can tell from the title of this post, I didn’t have renters insurance. The bike was gone and I had no financial recourse. All the rationalizations I had in my head about spending $300 on the bike to save money by needing much less gas and many fewer subway tickets was gone. I would have to pony up for another bike, and somehow make room in our budget.

Well, my lament taught me a lesson. I’m now back on the meandering subway, and I have renters insurance.