You live in San Francisco -- Do You Need Earthquake Insurance?

By Josh Anish on January 4th, 2012 in Consumers 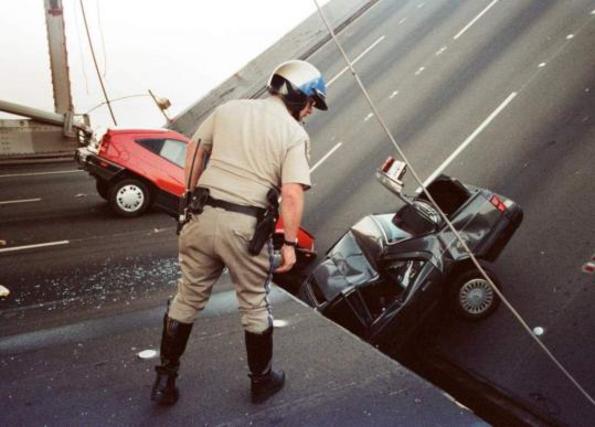 There are two types of people in the Bay Area: those who worry about earthquakes a lot, and those who will themselves to forget about the threat. That dichotomy usually manifests itself in one’s feelings about the necessity of earthquake insurance as well, with those who keep a week’s supply of water underneath the bed traditionally in favor of the coverage.

In the spirit of full disclosure, I am fully in the willed ignorance camp. In my humble opinion, there are pros and cons to living in any city. San Francisco has a lot of obvious pros (natural beauty, nice people, tremendous burritos) and slightly fewer things working against it -- i.e. that it sits near one of the most active fault lines in North America. But after carefully reviewing all the factors, I have decided to live here. Earthquakes are baked into the decision.

But of course other people disagree, and I promise to be as objective as possible when reviewing the pros and cons of earthquake insurance. Especially since it's so relevant here in California, where we buy more earthquake insurance than the residents of any other state in America.

There’s not too much mystery here; earthquake coverage is a type of property insurance that covers your possessions (including your home) in the case of a seismic event. It’s an additional cost, as almost all homeowners policies do not include earthquake insurance.

Because of the high levels of risk assumed by the insurer, earthquake insurance deductibles are extremely high. This is sub-optimal for the consumer because in many cases the coverage will only come in handy if their home is utterly destroyed by an earthquake, not if there are only a few thousand dollars in damages. Most policies come with a 10-15% deductible. So if you have a $200,000 house, the first $20,000 will not be covered. Goodbye flat-screen TV.

Partly because of the high costs and partly because of the willed denial, only 12% of people in the Bay Area have earthquake insurance. But that doesn’t tell the whole story because some people re-allocate the money put aside for earthquake security to re-enforce and/or retrofit their homes, instead of purchasing the insurance. In other words, that $10K you have earmarked for earthquake insurance over the next 15 years could be better invested by reinforcing your basement.

On the other hand, a nice aspect of earthquake insurance (though one that hopefully you’d never have to use) is what’s called “loss of use.” This means that if your home is destroyed by a natural disaster your alternative lodgings will be paid for; this is standard in most earthquake insurance policies, and can last for up to 24 months at a time.