By Josh Anish on November 22nd, 2011 in CoverHound 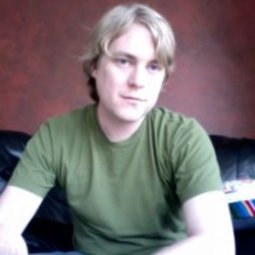 Joel is the head of technology here at CoverHound; he's also man of wide and varied interests. I was lucky enough to pick his mind the other day about Ruby, Larry David, the Wu-Tang and beyond.

What is Ruby on Rails? And what's distinction with regular ol' Ruby?

Ruby is a programming language from Japan. It aims to be pleasant to code in.

Rails is basically a collection of Ruby code called a "framework" that is helpful for making websites. I think it's the best system by far and have been using it since the early days.

You're a philosophy guy, so is Ruby on Rails timeless and universal?

Yes. It is merely being remembered into our human realm from that of the eternal and perfect forms.

What was your worst job ever?

Host at Bakers Square in high school. They hired me as a waiter and told me I just had to host temporarily. That turned out to be a lie.

Curb Your Enthusiasm. Larry is an insightful man.

I have a bad habit of posting on some strange forums that originate from the Something Awful community.

The Brothers Karamazov. I love reading classics, they always alter my worldview.

I will never reveal the Wu-Tang Secret. But I prefer Wagner.

How did you meet up with Basil and become a founding partner of CoverHound?

I was introduced to Basil by a former coworker of mine, Remi Gabillet, who is now CTO at 8tracks. It became clear to me that Basil had his act together and knew the insurance industry very well. I was just bumming around at the time so I decided to give it a shot.

What are the biggest challenges CoverHound faces from the engineering perspective?

I wouldn't say we face any major challenges at this point. Things are pretty much going according to plan. I try to make sure the code stays simple, clean, and up-to-date, and that everyone is productive and enjoying their work. Otherwise, it's just a matter of taking the time to build things out properly.