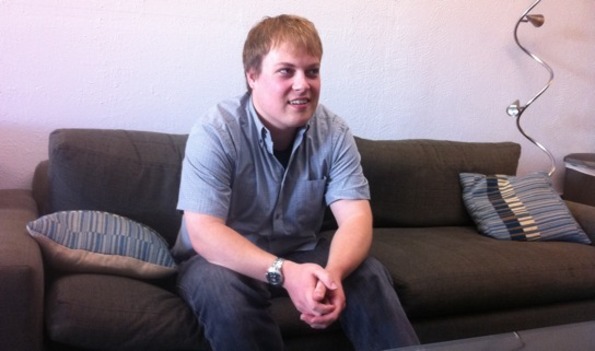 Jeff joined our team in August, and we're super psyched to have him on board. He was the IT guru at Renascence and before that he did at stint at Google. He was attracted to CoverHound because, among other reasons, he wanted to work in Ruby on Rails. I recently sat down with him for a brief chat on the couch, not far from the kitchen.

Job at CoverHound: Software Engineer working with Ruby on Rails

Best job: Tech Stop Administrator at Google -- the job wasn't that great, but man do they have some good eats at the Goog.

Why do you like working in Ruby on Rails? It's fully object-oriented, easy to use, and super quick to develop on. Plus I hate curly braces and semicolons. They're just gross.

Why are you jazzed about CoverHound? I'm jazzed to work for CoverHound because it's an exciting new concept in the industry, built upon technology I think is really cool. Plus it's not bad working a couple of blocks away from the Giants ;).

Learn more about the CoverHound team.