Who Pays More for Car Insurance: Kim or Kanye? 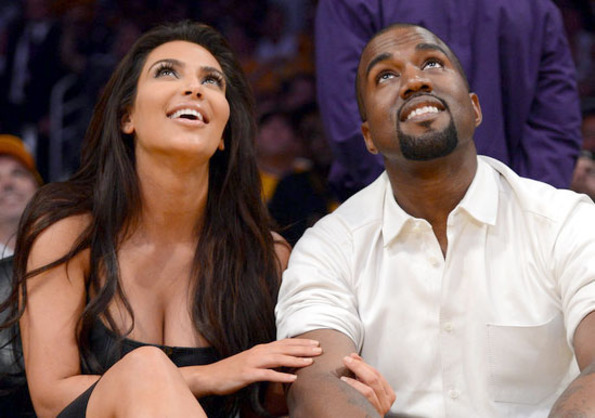 Now that Kanye and Kim are a thing, it’s only proper that their coupledom receives the proper treatment. Yeezy will replace Kris Humphries (thankfully) on Keeping up with the Kardashians, they both will continue to support my favorite gossip blogs, and of course the new pairing needs its very own CoverHound car insurance smackdown.

So who pays more Kim or Kanye?

Age: Kim is 31 and Kanye is 34. Socially, the three-year experience gap is likely negated by Kim’s two previous nuptials which both ended rather badly (read: publicly). In car insurance terms, the pair is a perfect match. Both are older than 25, the age at which carriers think you start acting (or least driving) like an adult. Advantage: Push.

Occupation: If you’re reading this you likely know that Kanye West is a rather talented rapper. Musicians traditionally work nights, either when recording in the studio, performing in front of 20,000 admirers, or pushing up on the ladies at the club. This sort of behavior, though cool, is not sponsored tweet-worthy in the eyes of carriers who prefer clients who drive home from work while the sun is setting, not just beginning to rise. Meanwhile, if you can tell me what Kim does for a living I’ll give you all my baseball cards. Advantage: Kanye.

Education: Partially financed by O.J. Simpson’s defense fund, Kim attended the posh Marymount High School in Bel Air, and admits to not loving school. Kanye’s studies were a bit more focused; his mother was the chair of the English Department at Chicago State University, and by all accounts he was an excellent student, until dropping out of college to pursue his music career. But though their bookishness and apparent IQ diverge significantly, they are equals in the eyes of insurers who only care about number of education levels attained. Advantage: Reluctant push.

Gender: Kanye’s trophy from the American Music Awards for Favorite Rap/Hip-Hop Male Artist shows he’s all dude. Ray J’s leakage of “Kim Kardashian: Superstar” proves she’s all lady (had to go there). So who wins this battle of the sexes? For the sake of the car insurance argument it’s Kim; according to the data, men come calling to their carriers more frequently and with larger claims. Advantage: Kim.

Credit Score: It doesn’t matter for Kimye as long as they live in California, the one state in the union where it’s illegal to base a car insurance quote partly on credit score. You can thank liberal lawmakers for that one. Advantage: Push.

Marital Status: Lest we forget that Ms. Kardashian is still technically married to Mr. Humphries; there's just that little matter of competing fraud claims slowing down the annulment in the courts. Yeezy is a single champion of champaigning and campaigning. Regardless, Kim will pay less for insurance because carriers prefer married folks, who tend act and drive more responsibly. No comment. Advantage: Kim.

Driving History: The only thing I could find from searching “Kim Kardashian car accident” were that Khloe and Lamar killed someone last year (how did I miss that?). Kanye was involved in an auto accident that nearly killed him on October 23, 2002 -- on his way home from the recording studio. The fact that he often raps about it isn’t helping the actuaries forget. Advantage: Kim.

Vehicle: Kim likes her cars almost as much as she likes the camera, hence the telegenic custom white Ferrari 458. Kanye has, on more than one occasion, reminded us that he’s not exactly broke, either. His ride of choice is the $500,000 Mercedes SLR McLaren. Both vehicles are way too anomalous for our platform, but here’s guessing the Mercedes is slightly “cheaper” to insure than the Ferrari, based on safety ratings alone. Advantage: Kanye.

Several things are certain in this world. Kim and Kanye are both extremely costly to insure, though Kim slightly less so because of her meta-marriage to a douchey power forward for the Brooklyn Nets. To temper costs the member of Kimye are either going to have to switch jobs, erase the past, or start driving less awesome cars. None of these things are going to happen.