Does Justin Bieber Pay A Lot for Car Insurance?

By Josh Anish on September 27th, 2012 in CoverHound 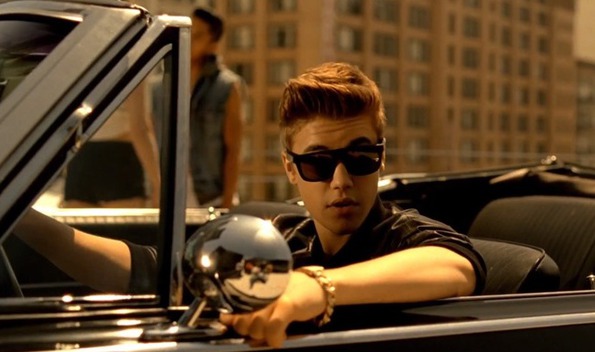 We’re not quite Beliebers, but anyone who can ascend to global superstardom based only a YouTube clip showcasing his charisma is okay in our book.

So we’ll give Justin Drew Bieber the same treatment as we have other messianic figures -- Tim Tebow, Jeremy Lin, Rick Santorum, Natalie Portman and even Jesus Christ himself -- and breakdown whether the lad pays a lot for car insurance.

Age. Justin Bieber is 18, four years older than anyone who enjoys his music should be. Though he’s old enough to drive, vote in Canada, drink in L.A. and have more than 20 million Twitter followers, insurance carriers don’t like folks with so few years and so much concomitant braggadocio. This CoverHound chart shows how car insurance rates for youngsters are super high until drivers hit 25 and they begin to stabilize. Conclusion: Usher would pay less.

Gender. That same chart proves that females pay less for car insurance than do males. If drivers’ car insurance rates were judged solely on the number of screaming female fans one has in his quiver, Master Bieber would pay the amount closest to zero relative to everyone else on the planet. But, alas, carriers assess the gender at hand, not the mobs in the background. Conclusion: We know you’re not a girl, Bieber.

Vehicle. According to the Pulitzer Prize-winning publication, BornRich.com, JBiebz has 8 cars. Needless to say, they’re all pretty faaancy and tricked out. He even has a Lamborghini Gallardo, which, lucky for him (or you), we know exactly how pricey it is to insure for the average driver. Yep, that’s $1,223.33 a month. Conclusion: advantage carriers.

Education. So it came out the other day that Justin Bieber didn’t know the meaning of the word German. And while such flights of fancy may cause a row with your friends and/or millions of tweeters, carriers only care about what’s on paper. Justy’s been a star for a while now, but to his credit he did finish his high school requirements this year which puts him on par with other silly, silly 18 year-olds. Conclusion: age appropriate.

Driving Record. The "Boyfriend" singer is no matinee idol on the roads. He's incurred both a speeding ticket (for going 100 mph in a 65-mph zone) and a minor car accident. Both will boost his monthly payments significantly. The speeding ticket to the tune of 40.23% and the car accident even more so, depending on how who was at fault. Conclusion: points against him.

Occupation. If Bieber were to fill out our form, he’d likely call himself a “musician/singer.” This, too, will hurt his insurance bill as providers like those very normal 9-5 jobs from which people drive home at pedestrian hours, when very few people on the road are under the influence and more likely to damage your Lamborghini Gallardo. And something tells me that recording sessions don’t start at 9 a.m. Conclusion: the earlier bird gets the cheaper policy.

Credit Score. No one knows for certain, but most estimates agree the Bieber empire is worth around 100 million dollars. That’s eight zeroes. Clearly there are wealthy people in the world who fail to pay their bills on time, but something tells me the Bieb crew is on top of this one. Plus people like to lend money to people with a lot of money. Conclusion: believe!

Family. Justin is dating another starlet of our time, Selena Gomez, who apparently also acquits herself well in the earnings department. He has no dependents, but were he to marry that little lady they could both save around 29% on their car insurance. Conclusion: put a ring on it!

It’s hard to argue Justin Bieber doesn’t have a lot going for him. He’s young, rich and famous. He’s got great hair and a harem of women jostling to feed him raspberry fondue. Nevertheless, the car insurance agencies are like your bitter uncle on this one -- they don’t like him. Six negative ranking factors out of eight ain’t nothing to write a pop song about. Maybe this will stop him?