Does Jeremy Lin Pay A Lot for Car Insurance?

By Josh Anish on February 22nd, 2012 in CoverHound 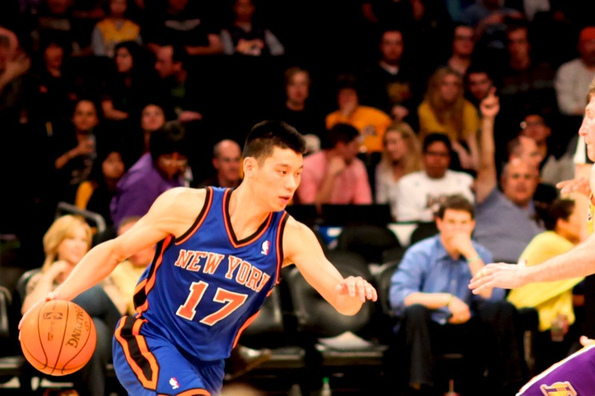 Since everyone has already attempted to say something interesting about Jeremy Lin, we’ll try to keep things fairly simple.

Here’s Jeremy Lin’s profile in the eyes of a car insurance carrier.

Age: He’s 23. Which is great if you’re a single, independently wealthy starting point guard for the New York Knickerbockers -- except when shopping for car insurance. Who knows where Lin will be in two years, but at least he’ll be considered an adult then. For now from the carrier's perspective he drives as recklessly on the road as he does to the hoop. Conclusion: Strike 1.

Occupation: How about NBA Player of the Week? How about 2-time reigning cover boy on Sports Illustrated? The man works nights. He works in Midtown. He’s a risk. Strike 2.

Vehicle: He almost certainly doesn’t own one. He doesn’t even seem to have his own apartment. Far be it from me to tell Jeremy Lin that he might want to consider non-owner car insurance for when he rents a car to drive to Southampton with his new admirers, but there you have it. Conclusion: push.

Credit: Harvard doesn’t dispense athletic scholarships. Jeremy is therefore likely to be lugging more than a little school debt. Yes, he’s a rather marketable chap, and yes he makes a lot more money than I do, but I suspect living in San Francisco and then New York he hasn’t been in a huge hurry to pay down that mortgage otherwise known as a college education. Strike 3.

Gender: Unlike female sports sensations across the nation -- Danica Patrick, Marion Jones, Mia Hamm and Mary Lou Retton back in the day -- Jeremy Lin has a Y chromosome and is therefore male. Such a sub-species tends to make more frequent and more demanding claims to carriers. There is a lot of data. Strike 4.

Education: Mr. Lin's excellent academic pedigree has been validated by an economics degree from Harvard College. Such bunting would serve him rather well during a job interview at CoverHound, but the insurance carriers we work with would be non-plussed. To them a bachelors degree is a bachelors degree -- doesn’t matter if it’s in basket weaving from Auburn or game theory at Harvard. So until he’s issued a masters in the pick-and-roll he’ll pay the same as every other person with just those two letters after his or her name. Conclusion: push.

Driving Record: After exhausting research (i.e. five minutes of scientific research on search results), I can only surmise that Jeremy Lin’s driving record is a clean as his shave. Conclusion: baller.

While we’re all in the parade behind Jeremy Lin, we should note that we’re joined by all sorts of car insurance agents hoping to get his attention and make him pay a lot for car insurance because of his risk profile.