Does Jennifer Lawrence Pay A Lot for Car Insurance?

By Alysha Beers on January 31st, 2013 in CoverHound 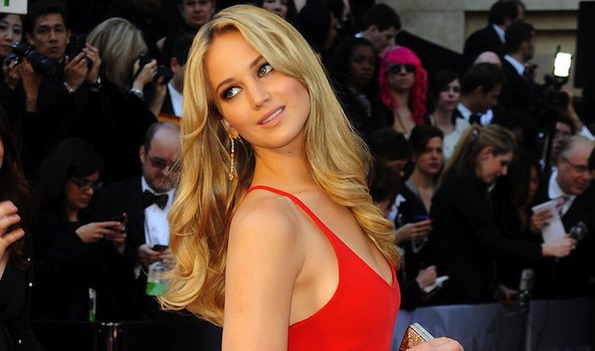 At the most recent awards ceremony, Jennifer Lawrence became the youngest actress ever to be nominated for two Academy Awards for Best Actress. That in itself is worthy of attention, but she took it a step further and brought home both the Screen Actor’s Guild Award and the Golden Globe for Best Actress. Oh, did I mention she’s only 22 years old?

These are some serious accomplishments. She’s on the precipice of becoming one of America’s highest-paid actresses! She’s got money, fame and millions of fans (thanks largely in part to The Hunger Games).

But does she pay a lot for car insurance? Only one way to find out!

Age: At 22, Jennifer is paying the most she probably ever will for car insurance. According to our data, women pay the most before the age of 25. She only has a few more years to go to reap the benefits of aging! Conclusion: The Odds are not in her favor.

Gender: Last time we checked, she held the number one spot on AskMen’s Top 99 Women of 2013. And just for being female, she’ll pay less than the average man -- around $12,000 during her lifetime. This is because women get in fewer accidents and make fewer claims than men. Conclusion: Nailed it!

Marital Status: Every man in the world, or at least the majority of them, are heaving a big sigh of relief that Miss Lawrence is now single. But once she does begin to think about tying the knot, she should consider that getting hitched could save her 29.2% on car insurance! Conclusion: Missed the mark.

Education: Jennifer left her hometown of Louisville, KY to pursue her acting career at a young age. This meant she also graduated high school two years early. And with 3.9 GPA! Unfortunately for her though insurance carriers don’t care about that stuff, just the number of degrees you hold. Conclusion: Pick up that bow, Katniss!

Driving Record: Recently Miss Lawrence was involved in a small collision while filming in Georgia. Unfortunately she was at fault. Want to know how it happened? She thought she saw Alana “Honey Boo Boo” Thompson, craned her neck to check it out, and hit the car in front of her. Since she was at fault she can expect higher insurance rates for the next few years. Conclusion: This girl is not on fire.

Occupation: Though this leading lady has numerous awards under her belt already, many from when she was younger and now a new shiny SAG, the occupation “actress” doesn’t look too good on an insurance form. Which means higher insurance costs for her compared to all those 9 to 5-ers. Conclusion: The Capitol doesn’t like her.

Credit Score: Luckily Miss L has made the move from NY to CA. California doesn’t allow insurance companies to base car insurance on credit score. Though, with a net worth of around $3 million, I’m sure she gets all her bills paid on time. Conclusion: She gets a pin!

Vehicles: Jennifer isn’t much of a flashy person, so it didn’t surprise us that she drives a Volkswagon Eos. It’s not a cheap car by any means, but it’s not ostentatious either. According to our Insurance Over Sticker rate, this car comes out at exactly the average, 9.6%. Good news for her what with that accident going against her. Conclusion: Coming out in a blaze!

Unfortunately this big screen star has 5 votes against her and only 3 votes in her odds. Looks like Miss Lawrence is shelling out quite a bit more than the rest of us for car insurance. One of the biggest reasons is that accident. Remember folks, don’t look for Honey Boo Boo while driving a vehicle!