Insuring Your Honda Accord 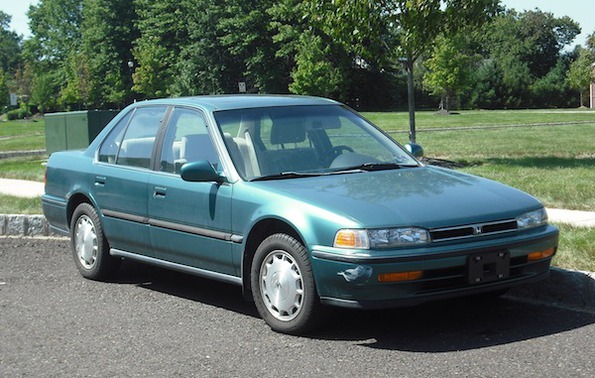 Old reliable. A workhorse. 160,000 miles and counting. Drive it till it dies.

These are some of the phrases you hear when talking to owners about their Honda Accords. For many, the Accord is the realization of the idea of automotive durability; the car that outlasts all the others, frills to the side.

So do car insurers love the Honda Accord as much drivers do?

When assessing how much a car will cost to insure, carriers scrutinize four main factors.

Though an import from Japan, the Honda Accord does not want for spare parts in the United States. The vehicle has been stateside since 1982, and has been a steady fixture on American roads for almost as long. It also introduced North American drivers to shag carpets though that doesn’t have any effect on insurance costs. Thirty years of popularity, combined with the long lifespan of each Accord means that replacement parts are not difficult to find, and inexpensive to install.

Despite its durability over the course of its lifetime, the Accord does not earn stellar safety ratings. Models from around ten years back had problems with their airbags; they deployed with too much force and injured drivers unnecessarily. The side driver side door is also more malleable than insurers would like, leaving passengers vulnerable and carriers at greater financial risk.

While I’ve spent the last 200 words extolling the merits of the Honda Accord, thieves haven’t yet caught wind of their many pleasures. Also of course the Accord’s humble design doesn’t confer much street cred.

The Honda Accord will continue to be an imported staple of American life for decades to come. Drivers truly love its simplicity and ability to keep on chugging for years and years. Insurers like it as well, but not as much -- as there remain concerns about airbag deployment and vulnerability on the passenger side.

For this reason the Honda Accord is moderately inexpensive to insure for the average driver relative to other cars in its class -- but not super inexpensive.