By Katherine Moura on July 2nd, 2014 in Consumers 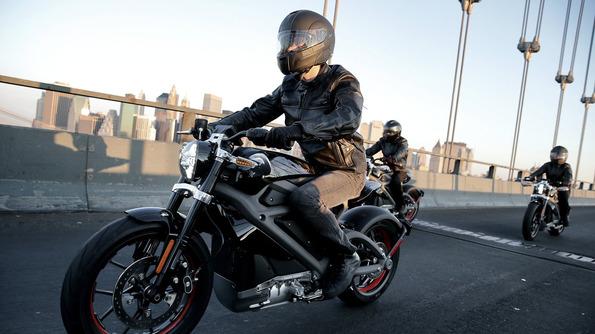 Vroom, vroom, vroom! That’s the noise I typically associate with a motorcycle. A loud, revving engine with a large exhaust pipe. Well, as Bob Dylan would say, the times are a changin’, and people are becoming more and more concerned with the environment (as they should!).

So, in comes the new wave of electric motorcycles. They are battery powered, just like electric cars and can run for 50 miles before the next charge. Although these bikes have been on the market for years, they have only captured a very small portion of the U.S. market.

Harley Davidson, the largest player in the motorcycle field, is trying to change this. They have developed an electric motorcycle called the LiveWire.

According to Yahoo Finance, the LiveWire has a new, much quieter sound, different from any other Harley or any other electric motorcycle for that matter and will continue to have incredible acceleration.

This prototype will not come to the market just yet, but Harley plans to take the LiveWire to over 30 cities in the coming months to test out how it’s received first, says Harley Davidson in a recent interview with NPR.

Harley is trying to market to the urban population more--they typically commute short distances within a city, making the electric motorcycle a great option.

The idea of still looking and feeling cool on a motorcycle, while being environmentally conscious, is a great market move by Harley, and I hope that this quiet motorcycle literally takes off!