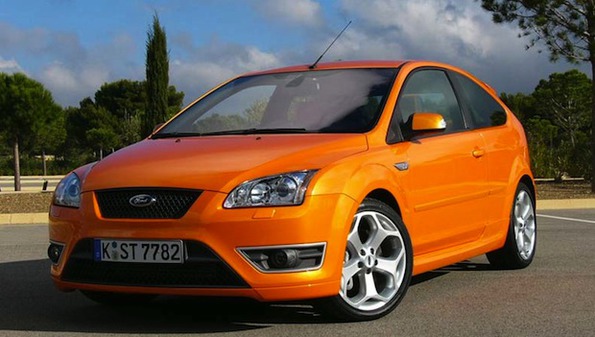 We talk about a lot of sexy cars here on the blog. And with decent reason: people gravitate toward the best in each genre. In other words, I’d rather go to the Super Bowl than sit through a Division III college football game.

But not all people (me included!) can afford tickets to the Super Bowl, or a BMW. So we go to the Division III football game and appreciate the small things, like the fall foliage behind the small bleachers. And we buy super practical cars like the Ford Focus.

So let’s use our powers for populist good and break down whether it’s costly to insure a Ford Focus.

The 2012 Ford Focus earned extremely high safety ratings. The Insurance Institute for Highway Safety awarded the Focus it’s highest “Good” ranking on all four major impact tests. Additionally, the National Institute of Highway Safety gave the Focus at least 4 stars out of 5 on each of its 4 major tests. There was a small recall, but it concerned an issue with the windshield wiper, not a major organ like the engine or the brakes. Regardless, a recall is always cause for pause in the eyes of carriers.

In terms of cost of replacement parts, this article is inherently skewed toward an advantaging the Focus. This is because we’re looking at populist cars, which, by their very nature, are popular. Popular obviously means a lot of people drive it -- the Focus is the 7th most popular car for 2012 according to Edmunds -- and that means lot of available parts. And Econ 101 tells us lots of supply means lower prices.

Another instance of confirmation bias. We’re talking about an affordable car here for regular folks -- car thieves don’t like those. Those guys like Hummers and BMWs and Mercedes Benzes and other car with alleged street cred. They’re also starting to like electric cars, well, because they don’t need to pay for gas with those.

Here’s some data on how expensive it is insure the Ford Focus relative to other 2012 vehicles you may be considering. The vertical axis represents car insurance costs per month. 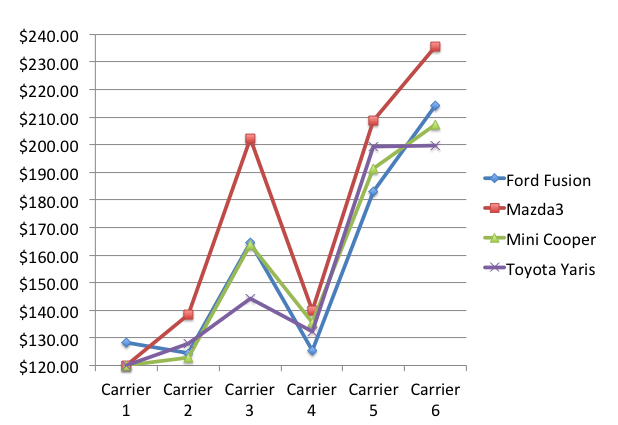