By Yoshi Gillaspie on May 25th, 2017 in Technology 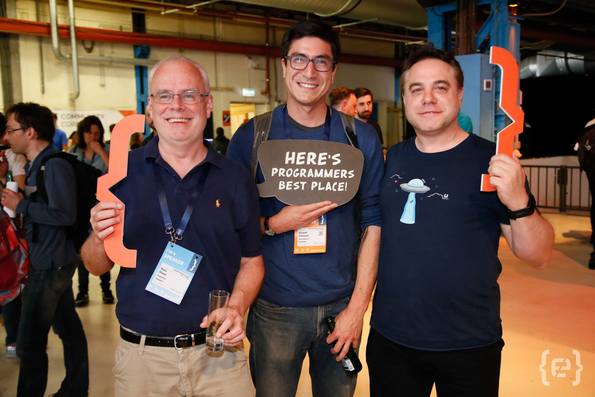 I was a little nervous about attending CodeMotion World in Amsterdam for the first time. All of the past programming conferences I have been to (which I loved, by the way) were Ruby-only conferences. The talks always inspired me to look at problems from a different perspective, and I was uncertain if I would leave this conference with the same amount of tangible takeaways.

CodeMotion World was much more diverse compared to past conferences. There were people from all over Europe speaking different languages and there were some, like me, from other parts of the world. The conference topics spanned across many different disciplines, with everything from DevOps to design. Being exposed to a disparate group of people and programing topics helped me to not only think of new ways to solve coding problems I was currently facing, but also sparked questions that I had never thought of asking. The one theme that resonated through my entire conference experience was “diversity is what leads to growth”.

In Terri Burns' keynote talk, Terri mentioned many different examples of how machine learning created by large companies has backfired. One of the examples provided was about Microsoft's chatbot, which began spewing hateful tweets to Google's photo app which then sometimes returned racist results. Burns explained that this was due to an algorithm bias and posited that one of the best ways to be cognizant of this bias and be aware of our blind spots is to bring more diversity into our lives.

Many of the DevOps, Cloud/Architecture and Machine Learning talks were a bit over my head. However, while I am no closer to becoming a DevOps engineer or creating my own AI project, it did help me understand where those people were coming from. The Machine Learning talks were especially approachable. Marijn van Zelst's discussion on machine learning was my favorite talk of the field that I knew little about. It was a great high level introduction without feeling bogged down with the nitty gritty algorithmic details.

The only problem with such a conference is that it exposed me to many interesting topics to research, and there aren't enough hours in a day to explore all of them. I was fortunate enough to meet Russ Olsen, the author of Elegant Ruby, and I was surprised to learn that Clojure is now the primary language he works in. He was extremely humble and approachable. He was happy to share with me about how to get started in Clojure and his side projects playing around with Raspberry Pis and acoustic guitars. While I have played around with Elixir and Clojure, he really inspired me to learn a lot more about functional programming in general.

Ok, I lied. There was one more theme of this conference, but to be fair, it's related to the main theme: “Sharing is Caring”. Nathan Marz spoke passionately about the importance of open source software and sharing your ideas. Russel Olsen eloquently talked about the ways that we can improve our communication abilities to explain what it is we programmers do. In Whitney Williams' discussion of the legacy of Javascript, she mentioned that leadership is not readily attainable and it is harmful to our Javascript Community as a whole.

Although this post may be cheesy, I still want to share it because I want to encourage others to do the same. Sharing ideas with people from other backgrounds and other disciplines is an amazing way to grow as a programmer and human being. I have been admittedly very greedy, trying to learn as much as I can from everyone I meet, while giving back relatively little in return. Hopefully I can continue to give back to the larger engineering community in increasing amounts.