How to Insure Your Drone 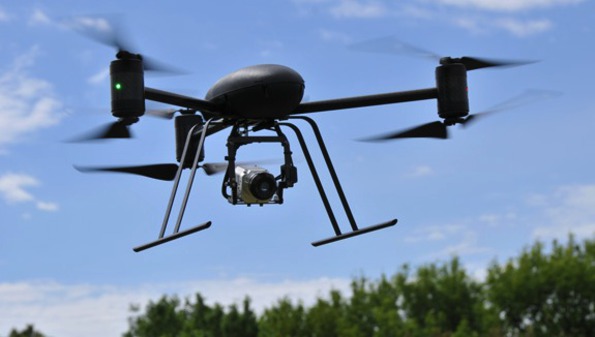 I really, really want a drone. Yes, I know President Obama uses them to kill a lot of people in the Middle East -- but I’m sure he believes it's in our national interest.

So as the wars on terror wind down, there’s going to be a surplus of these beauties, with fewer front lines to "man." But fear not: big military contractors like Lockheed Martin are now making smaller, less expensive drones for the peeps.

Police stations around the country have already begun to employ drones -- which are also known as Unmanned Aerial Vehicles (UAVs) -- for surveillance purposes. If there’s a property dispute around the block that has turned a bit violent -- no problem, send the drone; it'll fly over and take pictures and send them right back so you know what you’re getting into before sending a few real people over there and potentially putting them in danger.

The next step is getting my hands on one, for private use. This is no pipe dream; the FAA will soon release guidelines concerning the use of public airspace for private drones, and the expectation is that private drones will indeed be allowed to fly with the birds above us.

Plus the price is falling. A few years back it was really hard to find a good drone that costs less than six figures. But like every other technology that has re-ordered our landscapes, the hardware continues to shrink, along with the price. Now this badass DraganFlyer X4-P base model goes for about $16,995. Who needs a car when a drone can watch and record the game for you?

Since I work at CoverHound I’m also thinking about how to insure this drone. Accordingly, an insurer would likely classify such usage as photography and probably limit the coverage as well. The only way to be sure the drone is covered would be to schedule the item on a homeowners or renters policy (which a carrier may not approve considering that drones fly).

If by some chance my carrier decided to classify the drone as an aircraft, it would be excluded from my renter’s policy. A custom drone coverage would then be in order.

As you can tell, America doesn’t have a framework just yet for how to insure drones. And though that time can’t be far off, your best bet now is to call a good, human insurance agent and let her go to work.