How do you insure a driverless car? 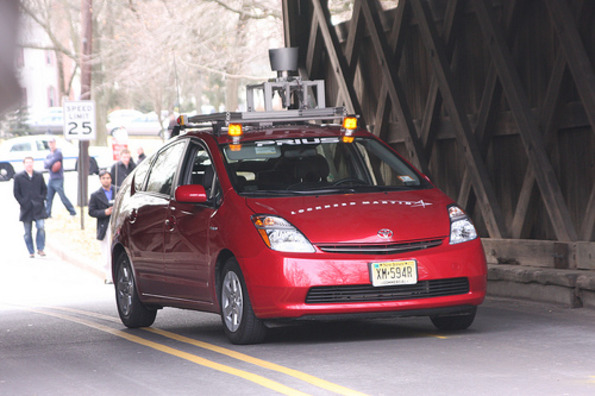 Every day, on TechCrunch, there seems to be a new piece on driverless cars, usually driving around the parking lots of the Googleplex, inching closer to joining us humans as masters of the road. But while these ghosts inside the machine certainly get their share of press mentions, the number of such vehicles on the road is actually miniscule.

So we figured we’d get to the bottom of the issue of what’s really going on with driverless cars. And, of course, being the car insurance fangirls and fanboys that we are... here's the lowdown on driverless cars and what they mean for the insurance industry.

There are already a few types of driverless systems in place currently that you may not even realize are a form of driverless technology. Some of the most common are anti-lock brakes, track or stability control, and cruise control. A handful of other systems beginning to show up in a few “tech-saturated” cars include adaptive cruise control that can detect traffic around the car and the respective speeds to ensure no collision, and advanced parking guidance systems that can legitimately park your car for you (albeit with 6 feet of excess space).

Also sprouting up is the FROG (free ranging on grid) system, which is essentially an automated guided vehicle system, aka the driverless car. There are about four worldwide currently test driving on public roads.

Why do we need driverless cars? Other than the fact that they are pretty cool, safety is the biggest advocate for the driverless car. It's known that driver inattention and error are the main causes of the majority of accidents every year. The driverless car would take those risks out of the equation for good (in theory).

Unfortunately, there's a flip side. Some argue that there needs to be some sort of human judgement still in the equation. Their main example is that in the case of an accident the driverless car will always protect the car and the people in it, but in reality a human might assess the situation and decide to damage their car and themselves more in order to save other lives.

So who’s at fault in an accident? The car or the non-driving driver? That’s where things get sticky, if not downright philosophical. The experts are split. Some believe that the increased safety will drive insurers to favor driverless cars and even hand out discounts. Others think the ‘fault’ will turn from the driver/owner to the manufacturer/designer. This would lower the number of insurance policies that people buy and thus lower the profitability of insurance companies. And still others are worried about how long it will be before someone uses the excuse, “But I wasn’t driving.”

Thankfully it’s still early in the technology cycle which means insurance companies and lawmakers have a little while to figure it all out.