Is Divorce Insurance the Prenup of the Future?

By Gillian Overland on December 3rd, 2012 in Consumers 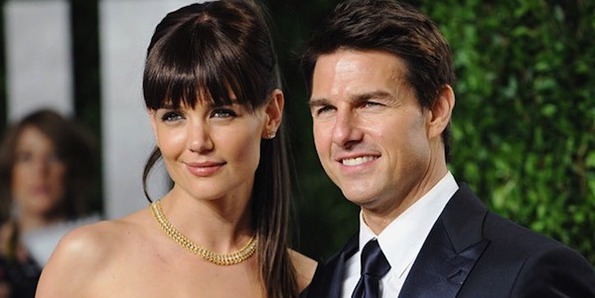 Gillian is the owner of Overland Law & Mediation Firm, with offices in New York and New Jersey.

Over the past couple of years, there’s been talk of a new type of casualty insurance coming to market in the United States. It has been dubbed divorce insurance and, by the looks of it, it is just a matter of time before it’s offered to couples nationwide looking to hedge their bets on the potential successes (or failures) of their marriages.

This type of insurance was first offered in the summer of 2010 by Safeguard Guaranty Corporation, who called their product WedLock insurance. The policies were initially underwritten by Utah Surplus Lines Insurance Company but, for reasons unknown, that underwriter fell through. Safeguard is currently looking for a new underwriter and it appears that the company is still determined to offer this product to those who might benefit from added protection when entering into a contract that has a 50% (or greater) chance of coming to an end. It also looks like Safeguard might have some competition as other companies are considering offering this type of insurance product as well.

Now, why would one be interested in divorce insurance as opposed to a standard prenuptial agreement? The most obvious distinction between a prenuptial agreement and divorce insurance is the former is a contract that must be entered into freely by both parties contemplating marriage and the latter can be obtained by one spouse, without the other spouse’s knowledge or consent. Divorce insurance effectively has no impact on the non-policyholder spouse so there is no need to involve him or her in the process.

Often times, when the subject of prenuptial agreements comes up, people lament how “unromantic” they are. Many express fear that by raising the issue with their spouse-to-be it could lead to the termination of their relationship. Divorce insurance offers a way to avoid that unpleasant discussion while obtaining a degree of protection in the event the marriage comes to an end.

Another attractive benefit to divorce insurance is that anyone would be able to purchase it, not just one of the parties to the marriage. So, if your child is getting married despite your best advice, you can take out a policy on the marriage, with your child as the beneficiary. If the marriage falls apart, you would then be able to assist your child in navigating through the divorce without facing financial ruin.

Finally, another benefit worth noting is that since there would be no accumulated cash value to the policy prior to the divorce being finalized, it would not be considered a marital asset that would be subject to distribution as part of the divorce.

With all of these benefits, why bother entering into a prenuptial agreement?

On the other hand, divorce insurance offers something that a prenuptial agreement does not. It offers added financial resources that can be used to pay the legal fees often associated with divorce, the cost of relocating, setting up a new home, etc. Without divorce insurance, the parties invariably end up using assets that are part of the marriage to pay for these items, often depleting the total assets available for distribution, sometimes to the point where there is little to nothing left to distribute.

In conclusion, divorce insurance and prenuptial agreements offer different forms of protection to those facing a divorce and one should not be seen as a substitute for the other. It looks like divorce insurance will soon be available to consumers in the United States and, if anything, one should see this type of insurance as a supplement to the protections offered by prenuptial agreements, rather than a cure-all.

(*) One thing worth considering is the viability of this type of insurance and whether a company offering it will ultimately succeed. While the feasibility of this type of insurance is not the subject of this article, it is difficult to imagine how an insurance company can offer a policy with a 50% chance that the policyholder will eventually submit a claim. If the insurance company receives too many claims, it may not be able to remain afloat, thus putting the policy itself at risk.