Who Pays Less for Car Insurance: LeBron or Kobe? 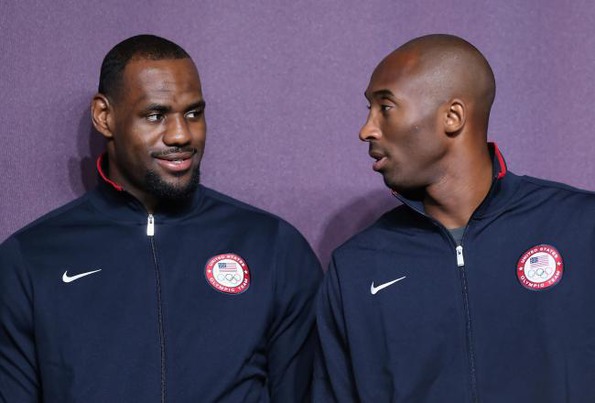 In our ongoing mission to make car insurance more accessible and compelling, we keep putting out fictionalized -- but awesome -- smackdowns. First it was Romney vs. Obama, now with the Summer Olympics in full swing, we’ll indulge in a debate familiar to all basketball fans. Which USA Basketball alpha dog, Kobe or LeBron, pays less for car insurance?

Age: LeBron is a 27-year-old man-child. Kobe is the oldest 33-year-old since Drew Barrymore. Lucky for both, insurance carriers don’t have anything against premature aging. And while being older than 25 might not bode well for their next basketball contract negotiations, it will help them sign on for a cheaper car insurance rate as insurers will no longer slam them in the “younger” bucket of customers. Advantage: tie.

Vehicle: Kobe’s new whip of choice is this sweet Ferrari 458 Italia. LeBron’s known to love his cars and has an entire garage filled with vehicles, so we’ll judge him only on his most recent procurement -- snapped up right after he brought his considerable talents to South Beach -- a 2010 Camaro SS. So Kobe’s the big hitter here as CoverHound data shows the Ferrari is 581% more expensive to insure than the Camaro! Kinda like the difference between five championship rings, and one. Advantage: LeBron.

Education: Both Kobe and LeBron skipped college and went straight to the NBA. They both proved a lot of skeptics incorrect (or worse) by immediately excelling on the court, and generally acting like mensches outside the lines. But it’s a cold world and the insurance companies are concerned with neither success stories nor child prodigies. Instead they’re just two dudes without college degrees. They’ll both pay a little more in that regard than the average American policyholder, but the same as each other. Advantage: tie.

Domestic Status: My how things change. A few years back Kobe was strutting around LA with his wife of more than a decade, Vanessa, while LeBron seemed a man-about-town while nominally continuing to date his high-school sweetheart, Savannah. Now Kobe is divorced and LeBron and Savannah are engaged. Insurers like spouses and children because they make people drive more safely. At least both stars have two cute kids. Advantage: LeBron.

Occupation: Both these guys are ballers. They regularly destroy people on the court for a living. Kobe scored 81 points in a single NBA game. LeBron has won three Most Valuable Player Awards. But while we love watching athletes on TV, insurers aren’t crazy about insuring them because they work unconventional hours. LeBron took his talents to South Beach but something tells me he didn’t look at the traffic reports first. Kobe forced a trade to LA when he was seventeen -- what did he care about congestion then? Advantage: tie.

Credit Score: Not that greater earnings always equal greater ability to pay the bills (just ask one Rodman, Dennis), but Kobe does make a lot more than LeBron. The Black Mamba is making $25,244,000 this year, while King James is making “only” $16,022,500. In the following two years, Kobe will make more than $20 million dollars more than LeBron in salary. But Kobe is going through a divorce. Advantage: LeBron.

Driving Record: Ten minutes of Google searches “proves” that LeBron’s driving record is pretty clean. Yes in his last book he admitted to smoking dope while in high school, but he was never caught -- at least while driving. Kobe called in late to a practice in 2009 after getting into a fender bender. You can also bet that the person he hit made a call of his own -- to his insurance carrier. Advantage: LeBron.

Gender: Both Kobe and LeBron start for the US Men’s Olympic basketball team in London. This is bad news for the rest of world -- and bad news for them, car insurance-wise. Carriers prefer the ladies because the call less frequently and ask for less money. Advantage: tie.

So, two of the best basketball players on earth on pay vastly different amounts for car insurance. Kobe shells out significantly more each month for his policy every month, but considering that he’s made $125 million dollars more than LeBron has during his careers -- the thinking here is that he isn’t overly concerned.