How Much Does Brandon Tierney Pay for Car Insurance? 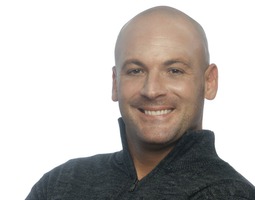 We’re super excited to be working with the great team at 95.7 FM The Game. Sports fans in the Bay Area can now learn about CoverHound on the radio, plus we get to hang out with cool guys like Brandon Tierney.

So we’d like to welcome BT to the extended CoverHound family the best way we know how -- by figuring out whether he pays a lot for car insurance. He joins an illustrious list of celebrities to be profiled which includes Tim Tebow, Jeremy Lin, Natalie Portman, President Obama and even Jesus Christ himself.

Age: Brandon is 38, which is sub-optimal if you’re a cornerback against Tom Brady but definitely advantageous in the eyes of car insurance carriers whose data shows that everyone between the age of 25 and 65 is “mature.” While anyone older or younger than that range is risky and dangerous. Conclusion: fine for now.

Occupation: Entertainers usually get dinged here because they work non-traditional hours, when the roads are more dangerous and the likelihood for a crash is much greater. But since BT works that cushy 2-6pm timeslot he should be just fine. Conclusion: don’t work too hard.

Gender: Sports radio may be something of a man’s world, but car insurance is not. Carriers like women because they make smaller and less frequent claims. Conclusion: maybe Manny was on to something with those estrogen pills.

Vehicle: Our spies tell us that BT is rocking a Lexus, which is great for his personal brand but bad for his car insurance bill. As we always remind folks, when it comes to vehicles, carriers base their rates on three main metrics: safety ratings, damage susceptibility, and likelihood of theft. Lexuses do quite well on the first two fronts but are plagued in this regard by the simple fact that car thieves love Lexuses. Conclusion: Stealing is overrated, just ask Billy Beane.

Education: The good news is Brandon shares mater an alma with one of my favorite NBA ballers of all time, Rik Smits -- the Dunkin’ Dutchman. But while his bachelors from Marist might endear him to Indiana Pacers fans and/or enthusiasts of the permissive social mores found in the Netherlands, car insurance carriers don’t care where you went to school. Instead, they are only concerned with how many degrees you have. Brandon’s bachelors will do him favors but not as many as a doctorate could have -- especially now that he has to guess what Bartolo Colon is thinking. Conclusion: Strong single up the middle.

Domestic Situation: While watching Michael Jordan’s bitter and cocksure Hall of Fame acceptance speech we all said, “It’s a shame he just got divorced. Seems like he could have used someone to bounce that speech off of.” Lucky for us, BT has the found the love of a good woman, and, well, at least he’s not bitter. Car insurers like it too; married guys don’t drive as crazy as single guys do. Hooray domestication. Conclusion: one in the win column.

Credit Score: We know our friends at 95.7 The Game are paying Brandon the big bucks. How else to get him to cheer for the Niners (sorry, I’m an Eagles fan)? BT seems like a pretty stand-up guy so we’ll assume he uses that nice paycheck to take care of the bills each month. Conclusion: vote of confidence.

So there you have it: BT = a solid dude who happens to pay a decent amount for car insurance. Out of the seven major binaries that carriers scrutinize the most, he’s on the wrong side of three of them. Not too bad. Now if we could just convince him that Mike Vick is a Super Bowl quarterback.