How to Insure Your Basement 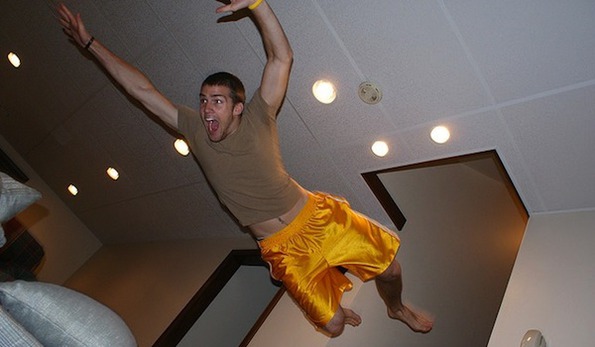 Basements can house the best of times, and the worst of times. Where else can you play act a gold medal-winning performance in the floor exercise before mom calls down for dinner?

But there’s also a dark side to that oft-magical haven beneath the den -- or, should we say a wet side. That’s because every adult has either spent time cleaning up a basement flood, or spent considerable time worrying about one.

So what’s the best way to insure your basement, and is it included in your renters or homeowners policy?

In the case of either type coverage the stuff in your basement should be covered by your policy in case of theft or fire.

Where basement coverage gets tricky is in the case of a flood, which is by far the most likely traumatic event downstairs.

The endorsement is called sewer and water back-up coverage and the amount of coverage you purchase is variable; it is not a blanket coverage. For example, someone could buy $5K in coverage for as little as $50, or buy as much as $200K for up to $500 or more -- it varies by the risk.

If that price sounds a little too good to be true, it is pretty much is. The flood addition to a homeowners policy usually only covers flood damage from sewer backups. If the water comes from any other source -- cracks in the foundation, through the window, from natural disasters, etc. -- you’ll need need a separate flood insurance policy.

The challenge now is that flood insurance is itself a very complicated topic. The upshot is it’s regulated and dispensed by the government because of adverse selection. In other words, the government stepped in so that the people who need it the most don’t have to pay astronomical prices for it.

It’s also very important to note that it usually takes at least 30 days for your flood insurance to kick in, so don’t wait until the 10-day forecast calling for a lot of rain to call an agent.

Renters face a different story. You cannot get a flood insurance policy for a home you do not own. We therefore recommend renters insurance and keeping your stuff out of your landlord's basement.