Athletes and Insurance -- How Does it Work? 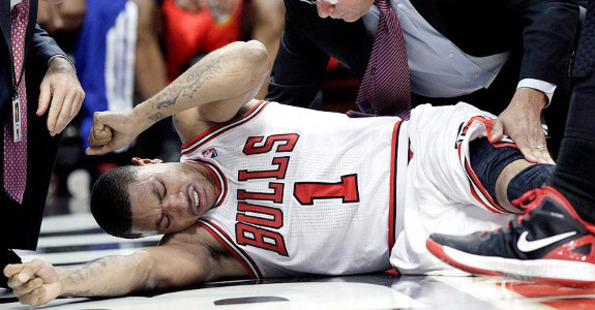 The idea of an athlete insuring his or her body is not new. We’ve all heard stories of young, extremely promising athletes taking out policies to insure valuable knees, ankles and pitching arms. It makes perfect sense. Take Andrew Luck -- he clearly had a winning lottery ticket last year to make at least 40 million dollars in the NFL draft but chose to return to college, where he earned exactly zero dollars playing football, despite the merits of a Stanford education.

But while most of us know that athletes sometimes go to great lengths to insure themselves, few dig deeper to examine what the policies look like. So we decided to whip out the magnifying glass and look at how athlete insurance works on both the college and professional levels.

Protection for the College Stars

There are few things more tragic in sports than an athlete getting seriously hurt right before getting financially rewarded for his or her talents. There also few things more insidious on college campuses than the presence of sports agents hoping to (illegally) procure the exclusive representation rights to a star athlete.

To mitigate these forces, the NCAA has done a nice job creating the somewhat dubiously named Exceptional Student-Athlete Disability Insurance program, which started in 1990 but only recently expanded to sports beyond football and now is available to both male and female athletes.

The policy offerings are tiered to protect the athletes with the most financial revenue to lose. A little more than 100 athletes buy into the program each year, the large majority of which are football players (which is also of course the most dangerous sport).

Additionally, it’s perfectly legal for a student athlete to take out an insurance policy with a private insurer. These can be pricier and riskier (lots of scams out there, especially around campuses), but in the great majority of cases a private agent can be extremely helpful, and even provide financial advice above and beyond insurance. Private policies tend to be more expensive than policies from the NCAA, but factored into that price is the guidance private insurance shared.

What the Professionals Do

All of the major sports teams provide health insurance coverage to their players. This relationship is really no different than a traditional employer/employee relationship in which a group policy is taken out by the owners. There was some posturing during the both the NFL and NBA lockouts this year, as players were forced to go on COBRA and make their own payments, but again that is pretty normal for a labor dispute.

Professional athletes also take out supplementary policies, often to protect their body parts that contribute significantly to their personal brands. The most recent example is Troy Polamalu of the Pittsburgh Steelers, who is instantly recognizable to most Americans by his long -- some say beautiful -- locks of hair. According to Yahoo! Sports, the Pro-Bowl cornerback recently took out $1 million policy protecting his hair, i.e. his most valuable marketing asset.

The problem with policies such as these, usually from Lloyd’s of London, is that they can often be publicity stunts. In other words yes, Jennifer Lopez probably really did insure her bum, but maybe for not much more than a few dollars a month; the monthly payments are nominal in comparison for the press such an announcement brings both to the entertainer and the insurance brokerage.

In the end, on the health care front, athlete insurance is not much different from the insurance you or I receive from our employer. Like us, professional athletes are also interested in protecting their assets, which frequently include their bread-winning body parts, and for those products they often to turn unique policies with private insurers that cater to their specific needs.