By Alysha Beers on September 14th, 2012 in Consumers 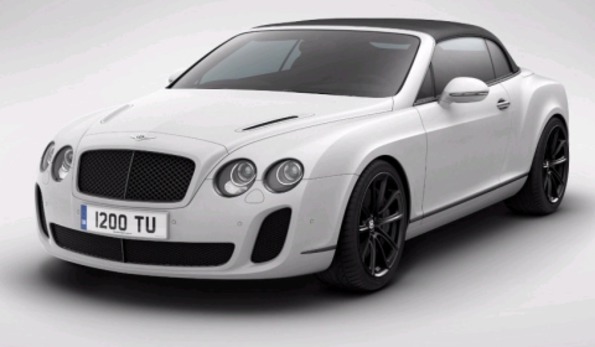 It's Week 10 of Alysha's Car Cravings and Insurance Realities! That also means it's the last installment. Next week I'll have a special "wrap up" of all ten cars! But first, let's see what cars I've already looked at. There's the Audi R8, the Shelby "Super Snake", the Porsche 911 Carerra, the Lamborghini Gallardo Superleggera, the Aston Martin Vantage, the Maserati GranTurismo, the Ford F-150 (and the Yamaha YZ 85), the Toyota Camry XLE, and the BMW M3.

The last spot goes to the 2012 Bentley Continental Supersport Convertible! Only 100 of these cars were built, which already makes it rare and desirable! This car is also known as the "Ice Speed Record." It was nicknamed that to celebrate the world ice speed record set by Juha Kankunen just weeks after it was released. And what was that record? 205.5mph... on ice! Goodness. Another awesome aspect is that it goes 0 to 60 in 3.8 seconds and 0 too 100 in 9.5 seconds! Wow! So how much is it going to cost me? Oh just around $267,000! Ouch!!

What about the car insurance for this car? Let's consult the CoverHound platform and find out! 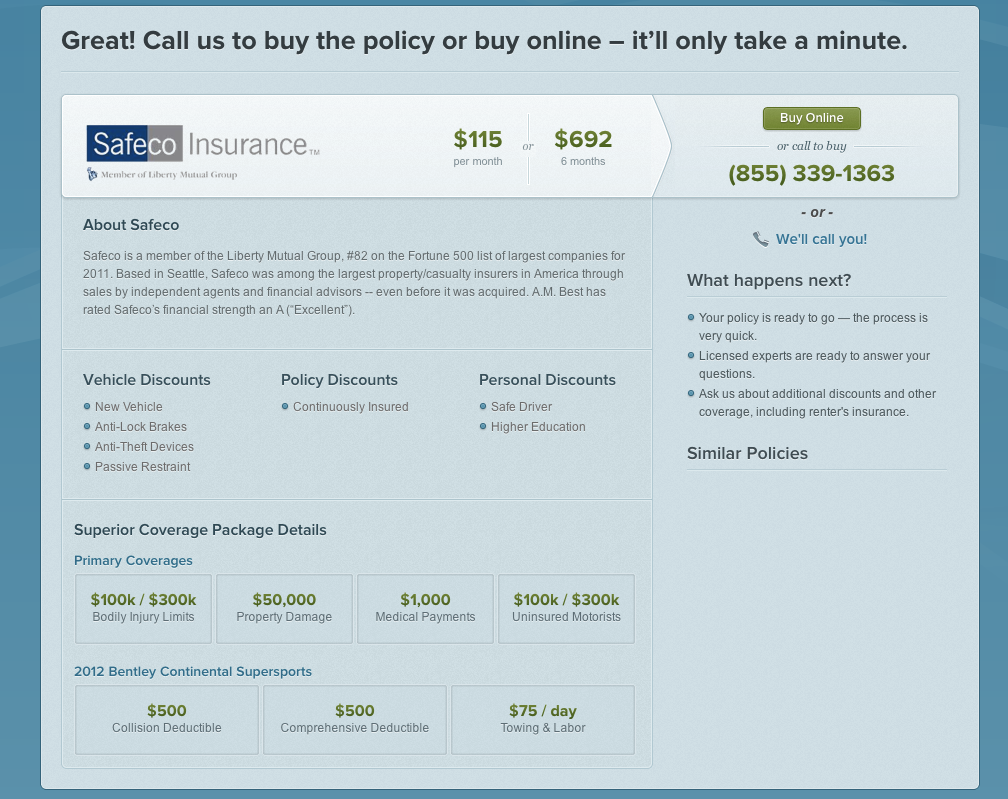 Wow, it looks like I can insure this beauty for around $115 per month! That's really a great deal, considering the price of the car. Yay safety ratings! Overall, it looks like this was a great car for the last spot. Check back next week for a special "wrap up" blog post to say farewell to this particular blog series! And don't forget to check out car insurance rates while you're shopping around for cars!