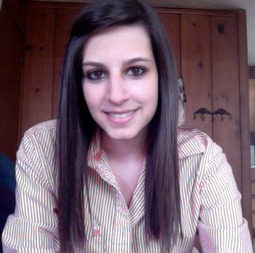 Alysha wrote us from Oklahoma and said she wanted to join the team. She flew all the way out to meet and earned herself the job, right after graduating.

In this written interview, published for the first time, she shares the secrets of her apparent early successes.

Best job: I worked at a small liquor store in my college town. There were only four of us and it never got too busy, so we got to know each other really well and talk with our customers. The "regulars" aka alcoholics and the crazy townies were pretty fun to experience as well.

Worst job: For a few months I worked at a daycare. It wasn't horrible, but definitely my least favorite. I liked most of the kids I worked with but I did get bitten and puked on a few times. Not fun.

Favorite TV Show on Premium Cable Network: Currently it's a toss-up between Game of Thrones and Girls. I'm equally obsessed with both.

Feeling on the OKC Thunder, and James Harden in Particular: Fear the Beard.

Which actress would play Alysha Beers in the Alysha Beers story? Anne Hathaway? Or maybe someone less coordinated.

Favorite book you've read in the last three years: Hard choice. Another toss-up. Girl with the Dragon Tattoo and Ready Player One.

Why did you want to work at CoverHound? Startups have always interested me and for some reason the insurance field has as well. I love that CoverHound integrates both and is a new technology. What really got me was the product; very straightforward and helpful, with no gimmicks.