6 Ways to Lie on Your Insurance Form

By Alysha Beers on December 5th, 2012 in Consumers 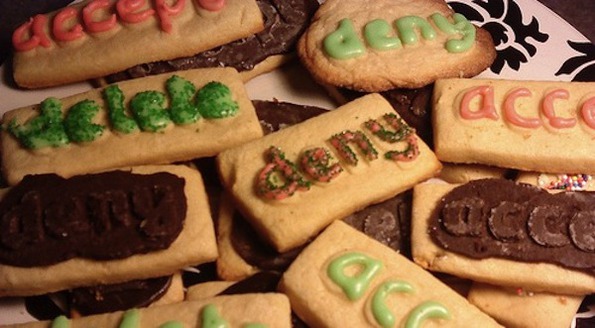 How can you lie on an insurance form? It’s actually almost as easy as lying about your weight on your drivers license. Here’s a short list of the six most common, and frankly easiest, ways to lie on your insurance form.

So, can you lie on your insurance form? Well, of course you can lie! But there are plenty of reasons not to lie. You will get a quote with a pretty decent premium and once all your underwriting reports are ran, such as your Motor Vehicle Report, Prior Insurance, etc., expect your rates to skyrocket. Then you will want to find a cheaper rate, with a different carrier, and you will possibly be charged a cancellation fee. Or, the insurance company will just void your insurance policy and you will have to drive without insurance until you find another carrier. Sounds like a big waste of time and money, right? It sure does.

“Soft” insurance fraud include lies such as filing more than one claim for a single injury, filing claims for injuries that were not associated with the car accident, miss reporting wage loss due to a car accident, and reporting higher car repair costs after an accident. These account for the majority of insurance fraud reports.

“Hard” insurance fraud includes harder crimes, such as staging collisions to collect insurance money, filing claims when the claimant was not involved in the car accident, submitting claims for medical treatments that were not received, inventing fake injuries, and falsely reporting a car as stolen.

And don’t forget that 41 states now have fraud bureaus and 19 states require mandatory insurer fraud plans. This requires insurance companies to form programs that combat fraud and, in some cases, to develop investigation units to detect and stop fraudulent claims. It’s your loss if your claims are investigated, which they usually are before they are paid out. If there is evidence of fraud or material misrepresentation you could lose out on your claim and end up with a return on your premiums and cancelled policy. Misrepresentation is the most common way insurance companies get out of paying claims.

Also, think of your fellow policyholders. Rates are based on risk and insurance companies need to keep a balance of risk in their policyholders to make sure that they can stay afloat if all of their riskiest policyholders make claims. It’s a give and take. And if you have more claims than the company expected, they may have to take from their reserves. This can lead to having to raise rates for all other policyholders. Which is hardly fair to the ones who were completely honest on their forms.

So, though there may be numerous ways to lie on insurance form, and get a good rate, think about the consequences first. Do you really want to deal with an investigation and possible a fine or jail time? Do you really want to have a cancelled policy and have to go through the search for a carrier and a good quote a second time? And are you willing to throw your fellow insurance payer under the bus, that you can knock off a few bucks a month?

Seems like the best choice, and the least time consuming choice, would to just be honest the first time around. And shop for quotes! Get a few before you choose a policy. You’ll have a clear conscience, a good quote, and a policy that will definitely be around if you need to make a real claim.