What Insurance Shoppers Can Expect in 2013 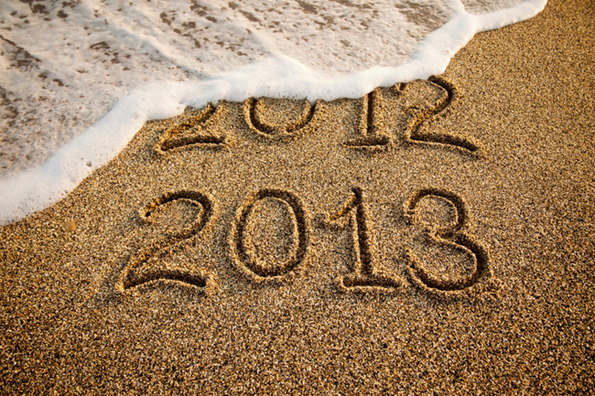 The insurance industry is on the brink of numerous sweeping changes over the next few years, mostly driven by technology. While other industries move more quickly to embrace technology, insurance companies are shockingly conservative and are usually late to the party. In fact, it is typically consumers who ultimately force insurers’ hands. Before looking ahead as to what to expect in 2013, now is a good time to reflect on a few notable events within insurance in 2012, which was, by all accounts, a fascinating year.1

CoverHound’s home state of California had some interesting developments including the denial of the controversial Prop 33, and a few laws changing including one that allows drivers to carry proof of insurance via their mobile device.

Also of note in 2012, although outside the US market, was Google’s entrance into insurance in the UK. This may serve as a harbinger of things to come in the US, if not for Google specifically, for other similarly large entities who recognize that consumers are looking to have a compelling service for insurance comparisons.

Finally, there was the devastation of Hurricane Sandy. This was, and continues to be, an atrocity for many residents in the Northeast, it was also an especially tough time for insurance companies. The mass destruction predictably impacted many insurance companies’ bottom lines. Not only were financials impacted, but further discontent with insurance companies was created when many victims realized that their homeowners policies did not cover flood damage (you need special flood insurance) and claims were not paid out in a timely manner. It was a unique opportunity for insurance companies to shine, and some did, while others bungled the opportunity.

Just a couple years ago the thought of filling out a long insurance form on anything but a laptop or desktop computer seemed absurd. We all expected mobile usage of the internet to increase (and it certainly has), but always thought insurance would lag behind that trend significantly. Well, by all accounts, insurance isn’t far behind other verticals as far as mobile adoption. At CoverHound we have noticed a pretty significant increase in users of our service (completed quotes) in just the past few months:

In 2013, we’ll see insurance entities really focus on figuring out innovative ways to leverage mobile technology to help consumers shop and manage their policies. The focus will be less on gimmicks like these, and more on practical solutions because consumers expect them. After all, who is not using mobile check deposits these days? By 2014 we could be saying the same things about submitting claims and checking to see if you can save money on your insurance at renewal with a press of a button on your mobile device.

If you’ve watched TV at all in 2012 you have seen Progressive’s Flo talk a lot about Snapshot and how it’s the greatest thing since sliced bread. So what is Snapshot? Snapshot is Progressive’s effort to start shifting insurance pricing away from traditional variables like credit history, age, accident/claim history, geography, etc to pricing based on what all of these previously mentioned variables were really designed to model: your driving behavior (and thus likelihood of accident/claim). They are able to do this by installing a telematics hardware device installed to an OBD (on board diagnostic) port in your vehicle.

Progressive, the de facto innovator in insurance, has been leading the charge on this front for the past 10 years or so and now with technology (even via mobile apps) making it easier than ever, many other carriers are beginning to join the party.

“Today 1+ million drivers are on UBI (usage-based insurance) programs” per Jennifer Linton, CMO of DriveFactor, a telematics company at the forefront of this trend. Linton goes on to say, “…with State Farm, Allstate, and Esurance committing to UBI in more states, the addressable market share for UBI is becoming significant (up to 40% of the US market).”

Linton also shared that DriveFactor estimates up to 40% of consumers offered UBI by Progressive are accepting and installing these devices in their vehicles. With some of the other big carriers now in the fold, Flo won’t be the only one talking about UBI in 2013.

So here’s the deal: there are very few websites today that offer real insurance comparison rates. Much to the surprise of many consumers, Progressive doesn’t really provide comparison rates either; their comparisons are manufactured estimates, i.e not necessarily actionable. Alternatively there are the traditional insurance comparison sites that we’ve spoken about extensively on this blog. At best, they offer an extremely arduous process to receive real comparison rates. More likely though you’ll want to throw your phone in a lake or large puddle after the carriers they sell their leads to try to call you every other day for weeks.

CoverHound is different – in a good way. Our rates are accurate (they are generated directly from insurance carriers), and actionable (you can buy the policy of your choosing directly from CoverHound). For shoppers looking to compare, this model is clearly the winner.

So why aren’t there more services like CoverHound? Again, going back to the opening, the insurance industry can be painfully slow. In many cases the market has to drive change. While most carriers would prefer you come directly to them for a quote, those that are smart realize that consumers would prefer to fill out one form and get many rates. It is very clear that shoppers have definitely been looking to compare insurance for a while:

Where does technology fit into this? Technology continues to make it more efficient for carriers to get the rating data to entities like CoverHound. Additionally it has made it more efficient than ever for complementary brands in such industries as automotive and financial services to integrate CoverHound into their web and mobile experiences. We expect there to be significant growth in insurance shoppers using services like CoverHound in 2013. Many in the know agree. In one recent discussion I had with an insurance veteran, he mentioned, “2013 could very well be the tipping point for insurance comparisons in the US.”

While the insurance industry is always slow to embrace technology, it is certainly willing to leverage it when there is a clear business gain (telematics) and/or consumer demand (mobile, insurance comparisons). About a year from now we’ll revisit how each of these areas actually trended in 2013 and look ahead to 2014. We can’t wait!

1. When we talk about insurance in this post, and on this blog, we only are referring to the property and casualty space. As we all know, there has been a LOT going on in health insurance!↩