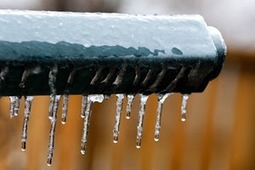 While the winter can bring chilly weather and seasonal blues, it can also cause potential problems for most homeowners. Most people probably know to dress warmly and be careful while driving during the winter, but some of the seasonal changes and their impact on houses may not be as well-known.

Winter weather
When the cold seasons rolls around, the elements may wage a war against homes that aren't prepared for a change in weather. To stay safe and make it through winter, note some of the top dangers to houses from the weather: