Will you have a hydrogen-powered car in your driveway soon? 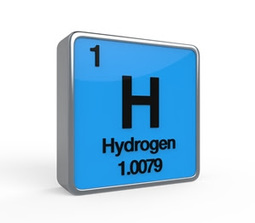 A vehicle that only emits water from its tailpipe seems like a thing of science fiction, but many automakers are poised to sell vehicles that do exactly that. These cars do not use traditional internal combustion engines, and rather than relying on smog-producing gasoline, they consume hydrogen. The hype around hydrogen power goes back over a decade, but carmakers have been unable to shoehorn this space-age technology into consumer-grade vehicles. That's about to change, and while these vehicles are unlikely to challenge the internal-combustion engine's dominance any time soon, they point to an exciting and efficient future for motorists.

How hydrogen-powered cars work
Hydrogen cars have a lot in common with current electric car models, The New York Times reported. In today's electric cars, such as the Tesla Model S or Nissan Leaf, the car's electric motor is powered using energy that is stored in batteries. Those batteries are charged when the vehicle is plugged into a wall socket, and the charging process usually takes hours. While charging is a time-consuming affair, electric motors have several benefits over traditional gas engines. They're virtually silent, non-polluting and remarkably powerful for their size. Hydrogen cars merge these benefits with the convenience of a traditional gas-powered car.

The key to a hydrogen car is the "fuel cell" that contains the actual hydrogen gas. This is a tank that holds hydrogen gas at very high pressure and feeds the gas into a generator that converts the fuel into electricity that powers the car's electric motors. The advantages over a plug-in electric car are clear: The vehicle can be refilled at stations like a traditional car, and refueling can be a quick and painless process. This might sound a bit too good to be true, and it nearly is. The first fuel-cell-equipped vehicles have experienced very limited release, and there are still significant hurdles to clear.

Creeping towards ubiquity
The biggest issue preventing widespread hydrogen-car adoption is the filling-station infrastructure in the U.S. and elsewhere. The U.S. spent over a century building up a network of gas stations to service traditional vehicles, and as a result, motorists are always conveniently close to a station. Hydrogen has yet to achieve the same ubiquity. While the average hydrogen vehicle gets around 300 miles to the tank, motorists will still have to plan their routes carefully. Currently, fuel-cell vehicles are only available in California, and the state is considered to have the most developed hydrogen filling-station infrastructure in the U.S. In real terms, this amounts to three stations that can refill a hydrogen car in California, according to Forbes. While that number is anticipated to increase to 48 by 2016, it will be some time before consumers can purchase a hydrogen car and feel confident about their refueling prospects.

That said, individuals in California can purchase a hydrogen-powered vehicle today, and more automakers will offer fuel-cell equipped models in the coming years. As of this week, Toyota is offering California residents 200 of its new Mirai hydrogen cars and will expand the program to encompass 3,000 vehicles over the next few years. Hyundai sells a fuel-cell version of its Tucson sport utility vehicle, and Autocar reported that BMW is in talks with Toyota to use the Japanese company's hydrogen technology in an upcoming model.

The future is close
The need to cut down on automobile emissions is driving carmakers to test several alternative power sources for cars. It's unclear which of the currently available alternative systems will win out. Hydrogen seems like an efficient dream at this point, but within the next 10 years, you could be searching for an auto insurance policy on a new fuel-cell vehicle.