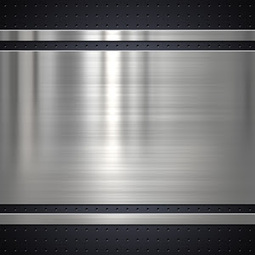 Carmakers are working hard to make their vehicles lighter in an effort to increase performance and fuel economy, according to the Washington Post. Strong fuel economy is a major selling point for consumers and should help auto manufacturers meet increasingly stringent federal fuel economy regulations. But the materials used to make cars lighter may have big implications for auto repair costs.

While Americans might be interested in the cost savings provided by improved fuel economy, they may not be excited about paying more at the repair shop following a fender bender. If you are in the market for a car, it's important to consider how the move toward lightweight materials might affect you over the long term. While the move toward lightweight vehicles seems inevitable, buyers should understand how this shift in materials could affect their bank accounts.

The move toward light weight
The Wall Street Journal reported that the federal government mandated that cars average fuel economy of 54.5 miles per gallon by 2025. Automakers have approached the mandate in a variety of ways, including the introduction of hybrid vehicles that combined electric drivetrains with traditional internal-combustion engines.

Those vehicles were the product of a culture that had to deal with rapidly rising gas prices. Since gas prices fell at the end of last year, automakers have taken a slightly different approach that favors traditional internal combustion vehicles that eek out improved efficiency in different ways.

The Washington Post noted that making a vehicle lighter is the easiest way to boost it's fuel economy, so many automakers have put their fleets on a diet in recent years. Together with advances in internal combustion engine technology, lighter vehicles should make it possible for car manufacturers to meet the government's ambitious goal for average fuel economy. Slimming cars down enough to reap serious fuel savings requires the use of new materials or a creative application of existing materials in unconventional ways. That's forcing automakers to explore new options for vehicle construction.

What materials can be used?
Several different lightweight materials have been introduced to the auto industry over the years, and many have previously only been used in expensive luxury or high-performance vehicles. Now, these technologies are trickling down to the level of consumer vehicles.

The Washington Post noted that steel remains the most common material in vehicle construction, and is used for exterior body panels as well as the underlying frame and other elements of most vehicles. Steel is exceptionally durable and relatively inexpensive, but it is also heavy. New ways of using steel have decreased the metal's weight somewhat in auto applications, but carmakers are still looking beyond steel to realize even bigger weight reductions.

Materials that hold great promise for lightweight vehicles include carbon fiber and aluminum. Carbon fiber has been used in race cars and expensive luxury vehicles for years, and offers enormous weight savings, but Yahoo News noted that the material is prohibitively expensive for more widespread use in cars aimed at the average consumer. Aluminum offers improvements in weight, but is not as costly as carbon fiber. All-aluminum bodies are relatively common on luxury vehicles, and the most recent version of the high-end Range Rover SUV uses an entirely aluminum body to save significant amounts of weight.

Aluminum's effects
The issues caused by aluminum's use in cars has been a hot topic lately because of the new Ford F-150, a popular pickup truck that switched to all-aluminum body panels in its latest iteration. The aluminum panels make the vehicle 700 pounds lighter than the previous version, but have introduced fears of expensive repairs.

According to Automotive News, the Insurance Institute for Highway Safety discovered that the aluminum bodied F-150 cost 26 percent more to repair than its steel-bodied predecessor. Ford disputes the claim, but there is no denying that auto repair shops will need to adjust their facilities to work on the truck. Steel dust and aluminum dust can become explosive when mixed together, so repair shops that want to accommodate the new truck will need to create a separate aluminum workspace. The costs of that change could be passed to consumers.

An ongoing change
The increased cost of working on aluminum-bodied vehicles is unlikely to deter automakers from adding more aluminum and other lightweight materials to their cars. The efficiency gains provided by lightweight vehicles benefit consumers and help car manufacturers hit government mandates.

Car buyers should be aware of the materials used in their vehicle's construction, and should get an auto insurance policy that helps them cover the cost of repairs. CoverHound makes it easy to compare insurance quotes from several providers through a simple online interface.