Who Pays The Most For Car Insurance? 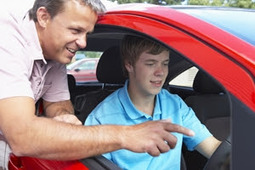 If you're a car owner, you probably remember going through the process of buying auto insurance. To purchase a policy, you need to provide information such as your age, gender, place of residence and what kind of car you drive. In addition, insurance providers probably looked up your driving history to take into account any tickets or violations you may have. All of these factors contributed to what you ended up paying in a monthly premium.

But which pieces of information matter most in terms of price?

When it comes to landing on a premium, insurance companies rely heavily on accident statistics and determine what type of risk you pose as as a driver. All states except for Hawaii set their rates based on who you are. While you might never have gotten a ticket for any reason, here are some basic circumstances that might end up causing you to pay more than others.

You're young Unfortunately, young drivers aren't given student discounts for auto insurance - quite the opposite, in fact. According to a recent study by InsuranceQuotes.com, young drivers pay more for car insurance than any other age group. For teenagers, driving accidents are the No. 1 cause of death, according to the Centers for Disease Control and Prevention. Compared to a driver 20 or older, teen drivers are three times more likely to get into an auto accident per mile. However, drivers between the ages of 20 and 25 are also considered to be a higher-risk demographic.

When looking at the overall cost of damage from teen drivers, they make up 30 percent of the total share for males and 28 percent for females, though teens are just 14 percent of the U.S. population. To insurance companies, teen drivers mean one thing - a huge risk. To offset this higher risk, insurance providers will charge young drivers more for coverage.

You're male Regardless of age, there are some major gender discrepancies with auto accidents and poor driving behavior such as speeding tickets. If you're a male, you will pay more for the same coverage as your female counterpart. The idea that women are safer drivers is not just a myth, but has been shown again and again in driving statistics.

There are a few reasons why women are perceived as a lower risk, but a big part is because they tend to drive fewer miles than men. InsuranceQuotes.com found that a 20-year old male will pay 23 percent more than his female counterpart. While this may seem unfair, it's not without warrant. However, this difference tends to level out with age. For instance, a 25-year old male will pay just 4 percent more for the same coverage as his female counterpart. Between the ages of 30 and 60, men may even pay less than women.

So, if you're a young, male driver, you probably pay more for car insurance than any other demographic. However, you can lower your rates by avoiding moving violations and tickets, taking a driver's safety course and owning a vehicle with a top-safety rating.