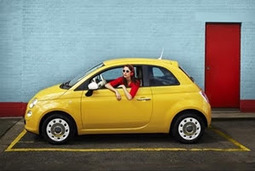 When it comes to buying a new car, there are usually a few things you look for first, but what is right at the top of the list for most parents is safety. Ratings play a key role for consumers to keep their passengers safe and may greatly influence what type of vehicle they purchase.

The Street recently rated the 10 best and worst vehicles for preventing passenger injury. Take a look at the top safety contenders:

What matters most:
Across the board, the size of the vehicle will greatly affect injury risk. Heavier vehicles are more likely to protect passengers, The Street found. A lighter vehicle will be driven back in a head-on crash against a heavier vehicle, which will increase the force against its passengers. Passengers in the heavier vehicle will have less force against them as a result. So, if safety is one of your main concerns, you might want to think about buying a vehicle with a heavier load. When it comes to car insurance, a smaller car won't necessarily have a higher rate due to its size. Other factors will also play a role in a monthly premium.

For a lot of consumers, this can be a heavy consideration to bear when deciding between a small or large vehicle. Smaller vehicles typically boast better fuel economy and lower prices, while heavier cars use more gas and often cost more. If you're choosing between a Smart car and a huge Cadillac Escalade, the difference is significant in passenger injury risk due to the different scale of each vehicle.

According to The Street, some of the worst vehicles were smaller models that are very popular among American drivers. Here are the 10 worst cars for passenger injury protection:

Preventing injuries
According to the Centers for Disease Control and Prevention, motor vehicle injuries are a leading cause of death for children in the U.S. Fortunately, many of these injuries can be prevented with proper care in a vehicle. The best method of protection is being properly fitted and buckled into a seat.

Buckling up: The CDC has found that buckling in children who fit in a regular seat can reduce their risk of death or serious injury in an accident by 50 percent. Car seats: Properly fitted car seats can reduce the risk of death for infants by 71 percent and 54 percent for toddlers in passenger vehicles.

Booster seats: For children who are too old for a car seat but may still be too small for a regular buckle to fit properly, booster seats reduce risk of injury and death by 45 percent compared to just a seat belt alone.

A recent study of five states where booster seat age requirements were raised to 7 or 8 years revealed that the rate of children using a booster seat increased three-fold. The rate of fatal or incapacitating injuries dropped 17 percent as a result.