When It Comes To Cars: Out With The Old, In With The New 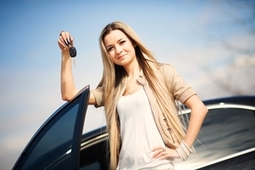 With 2015 cruising along, the car market is just as fast-paced as ever. Automakers are adjusting to consumer demand and taking advantage of low gas prices while they can. With prices at the pump falling each week, more drivers are taking to the road and looking to dealerships to offer the best new models around. And with the new year comes new changes to the car market as manufacturers update their best sellers and do away with vehicles that simply weren't connecting with car buyers.

These cars either didn't have the staying power to meet consumer demand or were niche cars that served limited purposes. In any case, drivers won't be seeing these vehicles in car lots any longer unless they're buying them secondhand.

The Detroit Free Press indicated these new cars will hit lots this year:

Though some cars will be discontinued as new ones appear, an old but familiar trend may be rearing its head once again in 2015: large SUVs.

With falling gas prices, consumers begin to worry less about the price tags on vehicles or apparent lack of fuel economy. As a result, large SUVs, which historically have some of the worst gas mileage of any vehicle, begin to sell again.

MarketWatch noted manufacturers are already seeing an increase in SUV sales this year and expect the rise to continue for months to come. Vehicles like the Hummer H2 and the Ford Expedition could be updated and make a comeback due to cheap gas. Because foreign markets don't favor such large vehicles, U.S. companies have a hard time selling them anywhere but domestically, which means a rise in sales will stem from U.S. consumer interest.

To stay up with the times, make sure your auto insurance plan is fully comprehensive.

CoverHound can help you find insurance online with ease.