What Is By-the-mile Auto Insurance? 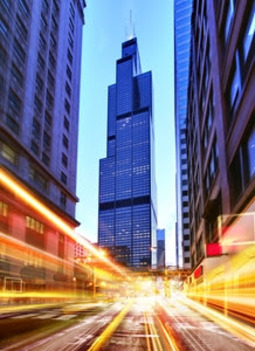 Recently, many car insurance providers have started to offer drivers an alternative option for their policies. Instead of paying a set premium for coverage, some drivers may now benefit financially from by-the-mile policies, only paying for the miles they cover.

Insurance providers such as MetroMile allow drivers to only pay for coverage for the miles they drive - as opposed to upfront premiums - boasting annual savings up to $400 for this type of policy. With full coverage, including comprehensive as well as coverage for injuries, property damage and uninsured drivers, by-the-mile policies can be much cheaper than a flat-rate comprehensive policy.

What's the difference?
In a regular policy, an insurance provider would set a premium rate that the policyholder would pay monthly. There are many factors that determine the price of a premium, but it generally is a combination of your driving record, age, marital status, gender, type of vehicle and where you live. In general, these factors won't change between a regular policy and a by-the-mile policy. However, how often you use your vehicle and how many miles you drive also plays a role in determining how much you pay for insurance coverage, though it is less important than your driving history.

This means that a person who drives their car less frequently doesn't need to pay as much as a driver who uses their vehicle every day. Pay-by-the-mile insurance takes this one step further, allowing policyholders who use their car infrequently to only pay for the miles they drive.

According to The New York Times, car insurance providers will charge drivers a base premium for a policy and an additional 3 cents to 6 cents for each mile they drive.

"By having people pay per mile, it also creates an incentive to drive less," Steve Pretre, MetroMile chief executive and cofounder, told the Times. "We can help people make lifestyle decisions they want to make anyway."

Who is right for by-the-mile insurance?
Deciding whether you should get a regular auto insurance policy or switch to being charged by-the-mile will largely depend on how often you drive your car and where you live. For example, if you live in an urban area and only use your car a few times per week, choosing instead to take other methods of transportation to work and to get around town, then you likely aren't driving that much and could benefit from changing to this type of insurance coverage.

Urbanites typically drive less due to high traffic volumes and steeper parking prices. Additionally, a city dweller may live closer to their local grocery store or pharmacy, further reducing their need to drive. In a recent study by Cars.com, more than half of the 1,333 Chicago drivers that participated in the study were found to drive less than 10,000 miles per year. However, for a person who is very dependent on their vehicle for most of their traveling, paying by the mile wouldn't make much financial sense. In that case, a regular policy will likely be a better deal.