What Car Companies Are Doing To Make Your Car Unhackable 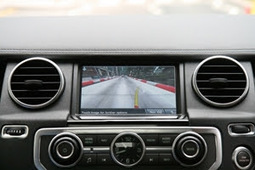 Since 2009, carmakers Cadillac and Chrysler were installing Wi-Fi routers in their vehicles. 2010 was the official birth of the connected car, vehicles with in-car entertainment connected to the Internet. In 2015, manufacturers like BMW, Ford and Toyota now produce vehicles with computer-based systems that run on Intel processors and are connected to the Internet. Unfortunately, just like your PC, these connected cars are vulnerable to attack. Hackers can inject connected cars with malware, Trojan horses and gain deep access to lines of code only the manufacturer should access.

"One in five vehicles on the road will have wireless network connection by 2020."

Is my car hackable?
If you've bought a newer model vehicle within the past few years chances are you have an Internet-accessible vehicle. CNET rated models from Ford, Audi, BMW, Lexus and Toyota as the most connected cars. These models boasted features that are becoming more and more prevalent in today's market: smartphone connectivity, a touch screen interface, and navigation powered by Google maps.

In a report by Gartner Inc, one in five vehicles on the road will have wireless network connection by 2020. According to a Marketplace Tech report, devices like Vinli even allow older model cars Internet access. It grants any automobile made after 1996 navigation via GPS, Bluetooth capabilities, and it also makes it a Wi-Fi hotspot. As reported in Intel's Automotive Security Best Practices, several new features are on the horizon for next-gen cars: smart lighting control, adaptive cruise control, driver fatigue protection, and ultimately autonomous driving. A hacker can remotely manipulate your vehicle features, deactivating any electronic control units, including the airbag, steering and braking, and engine and transmission systems.

Intel used information from "A Survey of Remote Automotive Attack Surfaces", which studied 20 car models released between 2014 and 2015 from various manufacturers. The hackers who created the report determined that successfully hacking a car depends on three major categories: remote attack surfaces, cyber physical features and in vehicle network architectures.

Remote attack surfaces, according to the report, include the tire pressure monitoring system, the passive anti-theft system, and remote keyless entry and start. Cyber physical features include the park assist, the adaptive cruise control, and collision prevention system.

How are car makers adapting?
With the release of Miller and Valasek's study, car manufactures have greater insight into ways to fight back and prevent automobile system hacking. During the 2015 Connected Car Expo at the LA Auto Show a panel was held to help determine surefire ways to prevent hacking. Panelists like Danny Shapiro, senior director of automotive at Nvidia, and Jack Pokrzywa, director of cyber security at the Society of Automotive Engineers, determined that first steps for hacking prevention dealt with changing the ways that cars are built.

Shapiro likened automobile manufacturing to working in silos, with each engineer operating in a different silo. The engineer working on the dashboard console never communicates with engineers in other departments. Panelists suggested including cyber security features such as over the air updates to automobile systems software and monitoring systems with artificial intelligence.

Tesla Motors already implemented the types of workarounds discussed to ensure car safety. The company's electric cars are built around a computing platform. Vehicles can be updated on the spot, wirelessly using over-the-air software updates. OTA updates can make adjustments to outdated road maps and telematics that report vehicle use and maintenance requirements back to the manufacturer. Touch screen displays in the center stack can also be updated.

As the cars of the future hit the show floor, new software and technology are set to be installed to counter deviant hacker activity.

Stay up to date with car insurance rates for your connected car using CoverHound.