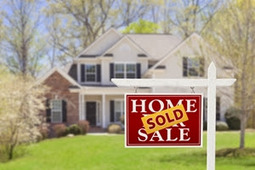 The housing market experienced an unprecedented downturn in 2008. However, since that time, it has been slowing climbing back to where it once was, and 2014 has been especially encouraging thus far.

Two recent signs are showing that the housing market is not only sustainable this year, but that the spring homebuying season should be poised for a lot of activity.

According to a recent report from RealtyTrac, foreclosures plummeted in March. The data showed that filings fell 23 percent during the month compared to a year ago, while overall activity fell to its lowest level since 2007. While foreclosure activity did rise by 4 percent in March compared to February, that increase was from a seven-year low. What's more encouraging is that March marked the 42nd consecutive month where activity has fallen on a year-over-year comparison.

"Now that the foreclosure deluge has dried up, banks are turning their attention back to properties that have been sitting in foreclosure limbo for some time," said Daren Blomquist, vice president at RealtyTrac.

Not the only sign of a healthy housing market Aside from the steep drop in foreclosures from a year ago, mortgage rates also fell.

According to the latest Primary Mortgage Market Survey from Freddie Mac, mortgage rates moved down slightly to start the homebuying season.

"Mortgage rates eased a bit following the decline in 10-year Treasury yields," said Frank Nothaft, vice president and chief economist at Freddie Mac. "Also, the economy added 192,000 jobs in March, which was below the market consensus forecast but followed an upward revision of 22,000 jobs in February. Meanwhile, the unemployment rate held steady at 6.7 percent."

Buyers this season reminded to get insurance As the housing market is poised for increased sales in the coming months, buyers are reminded to protect their largest investment with home insurance.

When dedicating a lot of time and energy toward finding the home of their dreams, buyers likely want to save time when shopping for home insurance. Comparison tools are available to help buyers easily compare insurance policies from provider to provider, making the process more efficient.