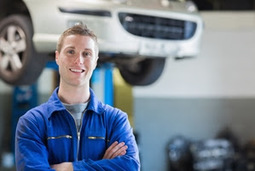 On Oct.15, Toyota issued a series of recalls for its Lexus model. In the U.S. 423,000 Lexus cars were recalled because of a potential fuel leak issue, according to USA Today.

The recall is only related to models that were made between 2006 and 2011, which includes the LS Sedan and IS Compact, among others. Toyota issued the recall after fears of engine fires stemming from possible damage to fuel pipes.

These pipes are insulated with an anti-corrosive matter. However, some of these particles became disconnected from the pipe coating and made their way to the gasket, whereby they can come into close contact with an igniter, according to USA Today.

Toyota is offering to replace different parts of the engine for these models, even though there has been no record of fires starting.

On top of problems relating to U.S. models, two additional recalls were issued for cars in Japan, bringing the total number of potentially malfunctioning cars to 1.75 million, according to Fox affiliate WITI in Milwaukee.

Brake and fuel issues were found in Japanese models of Lexus, Noah, Voxy and Crown Majesta. The three recalls bring into question Toyota's manufacturing capabilities and the safety measures they install before releasing their vehicles to the public.

However, Toyota has acted aggressively to prevent future problems and to minimize the potential risk for drivers.

To protect yourself from accidents relating to improper equipment installation in your car, check with your manufacturer to see if there are any widespread problems. Also, purchasing auto insurance is a good way to make sure that you are covered in the event of an accident.

CoverHound provides car insurance quotes to millions of drivers in the U.S.